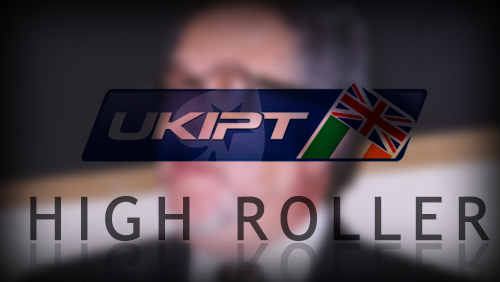 The United Kingdom & Ireland Poker Tour series in the Isle of Man has come to a close, and there were victories for Josh Hart in the Main Event, PokerStars founder Isai Scheinberg in the High Roller, and the Norwegian Baard Dahl in the first-ever chess/poker hybrid event.

The United Kingdom & Ireland Poker Tour (UKIPT) has moved quickly from the Isle of Man to London, and it was the former PokerStars founder Isai Scheinberg who stole the headlines.

The creator of the most successful online poker company in the history of the game won the £2,200 High Roller, after defeating the Spaniard Vicente Delgado, in heads-up action, to take the £13,850 first prize.

It’s the biggest score of his sparse live tournament resume with only four live tournament cashes to his name, stretching back as far as 1996. A cash in the World Series of Poker (WSOP) in 1996, one in Atlantic City in 1998, and a side event final table at the 2008 European Poker Tour (EPT) Grand Final in Monte Carlo, all coming before this great win.

Scheinberg is now free to enter PokerStars tournaments after selling his little baby to the Canadian outfit Amaya Gaming in the summer.

It was a tough slog for Hart, with some premier names standing in his way, including final tables appearances from the Irishman Fintan Gavin, and the former UKIPT Marbella champion Ludovic Geilich.

Neither of those would make it through to the heads-up phase; however, with that honor going to the Irishman Ciaran Heaney. The [Ah] [3h] of Hart overcoming the [Kh] [Jd] of Heaney, in the final hand of play to give Hart the biggest win of his young career.

The inaugural Chess/Poker hybrid event attracted 24-players (including 10 Grandmasters), and despite Maxime Vachier-Lagrave, and Laurent Fressinet, dominating the chess portion of the event, it was the Norwegian Baard Dahl who beat Mark Hebden, in heads-up action, to take the first hybrid title.