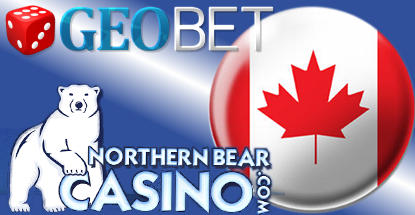 The pioneering online gambling site run by a Saskatchewan-based First Nations group has closed its virtual doors. NorthernBearCasino.com made its debut in 2012 as the brainchild of Bernie Shepherd, CEO of the White Bear First Nation.

Shepherd issued a release this week saying the GEObet-powered site had suspended its operations indefinitely. Shepherd cited economic conditions in contributing to the site’s demise, describing the online gambling business as “very competitive.” In February, Shepherd told CalvinAyre.com he was looking for outside investors to help fund a proper promotional campaign.

Shepherd’s bid to extend tribal gaming into the digital realm may have stumbled, but his willingness to stick his neck out may have once again forced the province’s hand. In January, word spread that the province had nearly struck a deal to sell its two non-tribal casinos to the Saskatchewan Indian Gaming Authority (SIGA), a deal that would have authorized SIGA to conduct “casino-type games through the internet.”

The online gambling sites run by Canada’s provincial gambling monopolies haven’t fared all that much better, although the British Columbia Lottery Corporation’s (BCLC) PlayNow.com managed to up its game in its most recent fiscal year. BCLC reported $91m in revenue from its online site in 2013-14, up 24% from the previous fiscal year. BCLC also revealed it had paid National Hockey League goaltender Roberto Luongo a total of $373,715 over three years to promote PlayNow’s online poker operation.

BCLC also powers Manitoba’s online gambling site, the performance of which has to date been underwhelming, generating profits of around $1m in the past fiscal year. The shortfall contributed to Manitoba Lotteries missing its annual revenue target by 20%. The provincial lottery corp blamed a severe winter for keeping punters bundled up at home rather than feeding money into video lottery terminals. On the plus side, the province’s liquor monopoly saw annual sales rise $15m to $284m, so sin of one form or another will continue to keep the government’s lights on a little while longer.