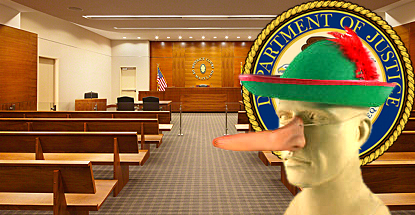 Christie has until Oct. 10 to submit his response to the objections filed on Monday by the sports leagues and the US Department of Justice. Like the argument put forward by the leagues, the DOJ’s brief argued that casinos and tracks are already licensed and heavily regulated by the state, and thus the state’s insistence that they are not actively overseeing sports betting activity is laughable.

Speaking of laughable, the DOJ also attempted to walk back statements its lawyers had made during the fight over the original 2012 legislation that directly led to New Jersey’s current legal gambit. The DOJ had previously argued that there was nothing in the federal PASPA sports betting prohibition that prevented New Jersey from declining to enforce its own state-level betting laws. The DOJ now somewhat comically claims the state “misread” its statements.

Meanwhile, New Jersey’s Monmouth Park racetrack had planned to start taking sports wagers by Halloween but that appears moot after Judge Shipp approved a request for a delay in the legal proceedings. Shipp has set a Halloween date for each side to present their oral arguments and one can only hope the state’s attorneys come dressed as civil rights icon Rosa Parks while the DOJ reps come as Pinocchio, with telescopic nose in full extension.