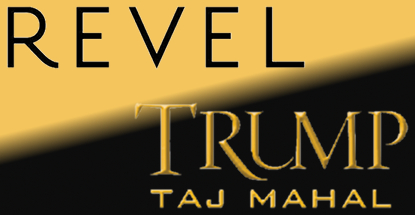 Tuesday’s auction for Atlantic City‘s bankrupt Revel Casino Hotel didn’t lack for drama. Before things even got underway, attorneys for ‘stalking horse’ bidder Glenn Straub attempted to prevent the auction from going forward on the grounds that their client hadn’t been allowed to peruse the rival bids that emerged last week. But the auction – which involves lawyers for Revel’s owners moving back and forth between rooms containing rival bidders, playing one side off the other until somebody blinks – went ahead regardless.

Word soon leaked that there were four bidders in play and that a Delaware-based subsidiary of Brookfield Asset Management, the Canadian firm that owns the Hard Rock Hotel and Casino Las Vegas and the Atlantis Paradise Island in the Bahamas, had bid $98m for Revel. Should Brookfield’s bid prevail over Straub’s original all-cash $90m bid, Straub would be eligible for a $3m ‘breakup’ fee.

Shortly after 8pm local time, word spread that the auction had been adjourned until Monday (6) after Straub’s team reported that they couldn’t reach their accountant to prepare a new offer to counter Brookfield’s $98m. But around midnight local time, well after Straub had publicly declared himself temporarily out of commission, the Press of Atlantic City reported that Brookfield upped its bid to $110m. Further ratcheting up the pressure, Brookfield said the offer was only valid until 6am local time.

In response, Straub’s attorney called Brookfield’s last-minute an “extortionate bid” and vowed that if Brookfield’s bid was accepted, the transaction was headed for the courts. It’s likely headed there regardless of who prevails, as Straub’s team had already argued that Revel’s owners should never have been allowed to conduct meetings with bidders days after the stated Sept. 23 submission deadline.

But Icahn wants significant salary and benefit concessions from Taj staff, including the end of their pension and health plans, which has unions comparing Icahn to The Simpsons’ Monty Burns. Icahn also wants the city to ante up $30m in property tax relief and expects a further $25m from state agencies such as the Casino Reinvestment Development Authority. Guardian has already dismissed Icahn’s demand for tax cuts, saying the cash-strapped city is in no position to do any billionaires any favors.

If the parties wish to continue negotiating, they may end up doing it in the dark. In a further sign that tragedy is quickly becoming farce, the Atlantic City Electric Co. is threatening to shut off the Taj’s power unless someone gives them upfront payment for two months of service. Seriously, you got to know when to fold ‘em…