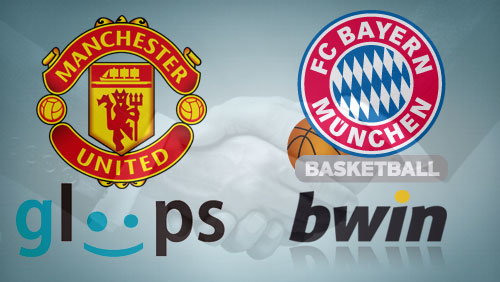 Terms of the deal were not disclosed but the extension allows gloops to remain as the club’s social gaming partner in Japan. ManU’s status, as one of the most famous football clubs in the world, affords it a chance to tap into markets like Japan that other clubs can’t do.

That’s a big reason why a company like gloops can attach its name with the team, allowing it to successfully develop marketing initiatives tied to Manchester United, including a game called European Club Team Soccer Best Eleven Plus. The game lets players do their best Louis Van Gaal impersonations by building a team that competes with other players in the league. It’s even become incredibly popular in Japan, having seen 1.4 million downloads since its launch last year.

“gloops have produced an extremely popular product, with almost half of our four million followers in Japan downloading its Manchester United branded game, which is impressive given the short period in which it has been available,” Manchester United Group Managing Director Richard Arnold said in a statement.

gloops CEO Hideyuki Ikeda commented on the extension, highlighting the benefits of a partnership with a high-profile club like Manchester United has on its own products. “Through our social game European Club Team Soccer Best Eleven Plus, we at gloops hope to increase the number of football and Manchester United fans, as well as providing entertainment to more people with our various games.”

Not to be outdone, FC Bayern Munich’s basketball team extended its own sponsorship deal with bwin. The lesser known of the two Bayern Munich teams has had bwin as a premium partner since the team was promoted to the Basketball-Bundesliga in 2011. With the new deal, the two sides can continue to work with each other in a sponsorship capacity until 2016.

“We are delighted to have extended our partnership with FC Bayern Basketball, who like the football team, have made us their ‘Premium Partner’,” bwin Head of Sponsorship & Events Daniel Sano said in a statement. “The chance to work alongside FC Bayern [Munich] brings benefits to us, as it enables us to establish ourselves as one of the leading sport betting companies in Germany and the wider international community.”