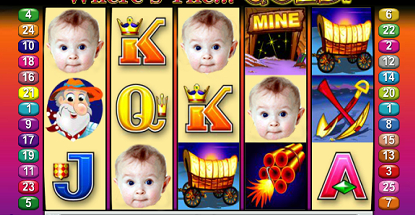 British adult gaming centers (AGC) are working on a legal dodge to allow them to host the controversial fixed-odds betting terminals (FOBT) so despised by anti-gambling campaigners. The Independent on Sunday reported that AGCs, which are by law prohibited from hosting FOBTs on their premises, are looking to reclassify their activities as betting shops to get around the FOBT prohibition. The report came on the same day that saw some of the UK’s biggest bookmakers agree to restrict promotion of FOBTs in their betting shops.

The Independent claims to have read emails in which Nick Harding, CEO of adult gaming center operator Praesepe, told the British Amusement Catering Trade Association (BACTA) he planned to convert part of an arcade into a betting shop. This would allow the shop to apply for the right to host the maximum four FOBT per shop allowed by the UK Gambling Commission. Praesepe operates about 10% of the nation’s total complement of 1,561 AGCs, which offer gaming machines with far lower stakes than FOBTs.

The gist of Harding’s email to the group he once headed was to urge BACTA to use some of its “war chest” to launch a “high cost” campaign to convince the government to give arcades “parity” with betting shops on the FOBT front. Harding had previously blogged about seeking “a level playing field to play the commercial game.”

Naturally, the news has prompted the Campaign for Fairer Gambling’s Adrian Parkinson to warn that a new breed of betting shop will soon be “exploding on to the high street” and that nobody’s children will be safe from flying shrapnel. However, a spokesman for the Department of Culture, Media and Sport, which oversees gambling issues in the UK, told the Independent that FOBTs “will not be moving into other areas.”

AUSTRALIA POKIES GROUP MAKES DAYCARE OFFER, TAKES THE BISCUIT
Meanwhile, a group representing the operators of Australia’s FOBT equivalent has volunteered a third of its members’ 4k gaming clubs as public daycare centers. On Sunday, Fairfax Media reported that Clubs Australia exec director Anthony Ball had written to the Productivity Commission tasked with resolving the country’s shortage of childcare facilities. In exchange for a few tax breaks, Ball offered the video poker machine (pokies) clubs operated by his group’s membership as a “credible solution” to the childcare shortage.

Ball’s letter had the balls to say his members’ “extensive community networks, sizable facilities, geographic footprint and capital expenditure” meant they were “well positioned to deliver affordable access to childcare.” Ball’s letter failed to specify whether the new childcare facilities would be located on the same premises as the despised pokies.

Reaction to Ball’s plan has been swift and loud, with anti-pokies campaigners calling the proposal “simply inappropriate” and suggesting tobacconists and brothels would be next to offer up their venues as kiddie corrals. Victoria premier Denis Napthine said Ball’s proposal was “fraught with a lot of danger” while Independent senator Andrew Wilkie said the offer must be “some kind of sick joke.” Then again, probably better for the kids than dumping them in a McDonald’s Playplace…