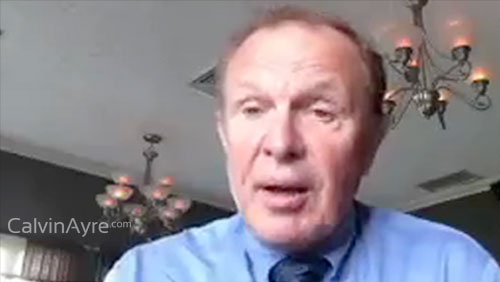 After all the promising sports betting news coming out of New Jersey this week, we caught up with New Jersey State Senator Raymond Lesniak, a champion of bringing sport betting and online gambling into New Jersey, to find out exactly when we can expect legal sports betting to arrive in his state.

Becky Liggero: Thank you for joining me, Senator. In just one month’s time, Chris Christie changed his view on Sports Betting in the state of New Jersey and authorized it, what triggered this complete 180?

Senator Lesniak: Two things – the tragedy of casinos closing every week and over 8,000 people out of work – sports betting will give the opportunity for those folks to get back to work. I believe that Revel and Showboat, which have closed down, will reopen if we get them sports betting.

I’ve been saying this for many years now with this struggle, Las Vegas during Super Bowl week, NCAA tournament, any big sporting event, you cannot get a room and Atlantic City is a ghost town. So Governor Christie felt the heat and felt the footsteps of that as well as my campaign to override his veto of my legislation.

Anybody can change their mind, I don’t care, the reason why doesn’t matter, but we are back on track. I have new legislation, very similar to the one he vetoed. I believe he’ll sign it this time and we’ll soon be up and running and be able to take sports bets and bring some life into Atlantic City and our racetracks and bring those jobs back.

BL: We have a date coming up, October 6th, we’re looking for a ruling from Michael Shipp, how will your new bill impact on this date?

Senator: It will have great impact because I believe we would lose without it.

What the Attorney General is now saying is that my original legislation that Shipp enjoined, that he didn’t enjoin the part of it that repealed our laws prohibiting sports betting at our casinos and racetracks. The problem is, that’s not what my law said, he’s saying it implicitly repealed it. I don’t believe that argument will succeed. Because it’s one thing to say the state can license sports betting at our racetracks and casinos, it’s another thing to say, go right ahead and do it, we don’t have any laws against it. So I think right now he has a losing argument.

I’m glad he brought it to the forefront though because we will now pass new legislation, very similar to the one the Governor vetoed, and once we get that done, we’re going to win in court.

BL: We have the leagues who have been fighting against sports betting in New Jersey, what do you think their response is going to be to all this progress that you’re making and to these bills that you’re trying to get passed?

Senator: First of all, they’ve already responded. They’ve asked for Dennis Drazin of Monmouth racetrack to stand down for 45 days so they can get their act together.

And I believe – my opinion only – but based on what I heard from the NBA Commissioner that sports betting is inevitable, that we just want a piece of the action. I believe that ultimately will be the result, and that they’ll get a franchise fee for use of their official statistics, and that New Jersey will not only be the first state, but will be only one of many that will follow our footsteps and use this as a template for going forward. We’ve already received inquiries from other states in terms of looking and expecting us to succeed and they’ll follow along.

BL: So we’ve got the Monmouth racetrack that is ready to pull the trigger, what do you think it’s going to take for other casinos and racetracks to follow the footsteps of Monmouth?

Senator: I think it’s going to take the judge’s decision. I have no faith in our casinos, our casino operators are timid, they’re one of the reasons why we have so many closures, they have given virtually no support for internet gaming and now for sports betting, but we’re going to show them the way despite themselves. We’re going to help them come back to life.

Thanks to Dennis Drazin for having the courage and the fortitude to move forward because he knows that his industry, the horse-racing industry that employs thousands of people in New Jersey and their horse farms provide great open space in Monmouth and Ocean County. He’s really been the vanguard and the lightening rod – I would not be able to succeed without him moving forward.

BL: Have you had any discussions with William Hill US about the racetrack?

Senator: Only through Dennis Drazin and they’re courageous as well, but not as courageous as Dennis, so they’re going to wait until the judge rules and I understand that. But regardless, I have a commitment that I’ll place the first bet and I’m looking forward to it.

BL: Excellent.  And are you still staying that we better book our rooms now for the Super Bowl?

Senator: Absolutely. Soon every single room in Atlantic City will be all booked up for the Super Bowl.

BL: This is great, and if you had to make a prediction of when you think we’re actually going to see sports betting in the state of New Jersey, when is it going to be?

Senator: 44 days from now. Yesterday I said 45 days. That’s how long the sports leagues have asked Monmouth racetrack to stand down to give them time but they’re not going to stand down any longer and either am I.

BL: Is there anything else that you wanted to add Senator?

Senator: No, other than this has been a five-year battle, David vs. Goliath (they’re David, I’m Goliath) but the result is going to be that we’re going to win and thank God because those employees are out of work in Atlantic City and the jobs that are threatened at our racetracks are going to be saved. And that’s the great thing about all of this.

BL: This is great, and Senator thank you so much for your time, I really appreciate it.

Senator: It’s my pleasure, have a great day.