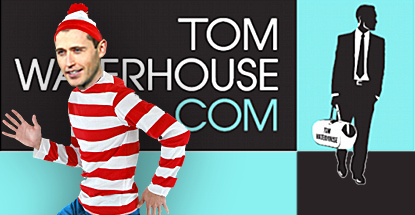 Australian online betting operator TomWaterhouse.com has launched a new marketing campaign to capitalize on the annual Spring Racing Carnival. Even casual punters will be struck by the pronounced absence of young Tom Waterhouse’s face and voice. Whereas previous adverts pushed the boyish CEO front and center, the new TV spot (visible below) by Fenton Stephens features only brief glimpses of Waterhouse, and even then mostly ‘blink and you missed it’ shots from difficult angles. William Hill Australia clearly has a different vision for its latest acquisition.

Betting advertising was a prime focus of the New South Wales Legislative Council’s Select Committee on the Impact of Gambling report that was released last month. Among the report’s 18 recommendations is a review of wagering advertising’s effect on young people with an eye toward further restrictions of betting ads during live sports broadcasts.

Paddy Power’s Aussie offshoot Sportsbet was among those who contributed to the report. Asked to address the perception that betting ads were breeding like bunnies, Sportsbet pointed out that while betting ads had indeed proliferated since the relaxation of ad prohibitions in 2008, there had been no corresponding increase in the ranks of problem gamblers and wagering turnover had only increased 3.6% per year since 2008. The report acknowledged that NSW’s current problem gambling prevalence rate was 0.8% of the population, down from 0.95% in 2006.

On the broader issue of online gambling, the report advises the federal government to amend the Interactive Gambling Act 2001 to make it illegal for financial institutions to process wagers on behalf of “non-compliant” internationally licensed online gambling sites.

As for the prohibition of online in-play wagering (currently available only via telephone) as well as online casino and poker verticals, the Australian Wagering Council (AWC) told the Committee the law wasn’t working and that Aussie punters were simply seeking out the expanded betting palettes of international operators.

Dr. Lisa Juckes, addiction psychiatrist at the Royal Australian and New Zealand College of Psychiatrists, suggested regulators needed to split the difference. Juckes said her college’s position was that this was “not about saying have none of that ever” but ensuring operators were able to couple new online products with sufficient reminders, such as how chasing your losses via rapid-fire in-play wagering probably isn’t the best decision you’ll make today.

The report also recommends the launch of an awareness campaign on the risks of visiting online gambling sites but cautions that this campaign “should not stigmatize gambling.” By the looks of this new TomWaterhouse.com ad, the message needs to get out that the risks of selling an online gambling site include diminished stature, loss of identity and decreased screen time. Yes, if only Tom could have been warned in advance…