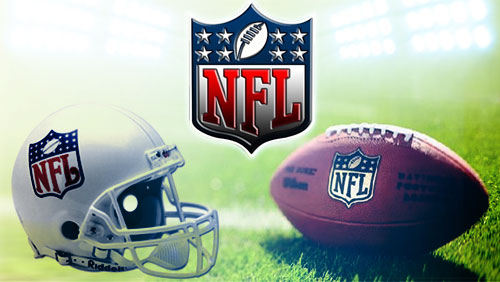 For the first since Super Bowl XLVIII, the NFL will finally play games that actually count. It’s been a long time, too long, in fact. Now were finally here. The NFL is back and it’s returning with a game that could be a preview of the NFC Championship game next January. The Seattle Seahawks begin their Super Bowl defense when its hosts Aaron Rodgers and the Green Bay Packers.

The Seahawks opened as 6-point favorites and save for ventures to -5.5 and -6.5, the line remains the same. Expect it to be a little more volatile as kickoff approaches, but for now, we’re staying at -6 for the home favorites. It should be a great game as the Pack return to the scene of the Fail Mary to exact some revenge on the Seahawks. This time, it brings a featured running game in Eddie Lacy and a retooled defense bolstered by the arrival of Julius Peppers. Meanwhile, the Seahawks are still the Seahawks and if the preseason is any indication, the defending champs could run away with this game. I do see them winning, but I think it’s going to be close. At least close enough for a Packers cover.

Do the Jaguars Have Claws This Season?

An interesting question depending on what exactly you’re asking. If you think the Jags are going to win a lot of games, then you’re going to be disappointed. But if you think the Jags can cover a lot of games, then you might be on to something. It’s first game against the Eagles could be an indication on what’s to come for Jacksonville. Right now, they’re 11-point underdogs against a Philadelphia team that’s becoming more and more of a popular public play. Keep an eye out on that Philly action because it could drive the lines up to -11.5, or maybe even -12 before kickoff. If the line moves up, the Jags become an interesting underdog cover.

The New England Patriots have every reason to be confident ahead of their visit to Sun Life Stadium to face the Miami Dolphins. They have Tom Brady, a bunch of healthy receivers, a returning Gronk, and a defense that looks better than the patchwork mess from last season. They’re also 5-point road favorites, which is one of the trickiest bets to make in the first week of the NFL now that the line moved from the opening 3.5 number. Meanwhile, I think the Miami Dolphins are better than most people think. A lot of people still remember that stink from the bullying scandal last season that’s clouding the perception down in South Beach. But it’s a new year and the Dolphins made a lot of upgrades on both sides of the ball. All they need now is a Ryan Tannehill leap from prospect to full-blown star. I think he can pull it off to not only cover against Brady and the Pats, but to win the game entirely.

Wes Welker’s suspension is a blow to the Broncos’ passing attack. At least that’s what the headlines have been saying. But don’t forget, Indy’s dealing with its own suspended star. I think Robert Mathis is a bigger loss than Wes Welker because Manning can plug that slot hole with somebody else and he still has the Thomas boys and new wide out toy Emmanuel Sanders to throw to. But Indy doesn’t have a suitable replacement for Mathis who terrorized his former teammate back in Indianapolis last season. If the Broncos can keep Manning clean, the Broncos can cover the -7.5 spread and win this one running away. I think Denver beats Indy handily with the Colts possibly scoring a late TD to make the score closer than it should’ve been.

The Dallas Cowboys fielded one of the worst defenses in history last season and yet somehow, this year’s defense looks worse than what they had last year. That’s going to put a lot of pressure on Tony Romo and the offense to carry this team. But against San Francisco, which, to be fair, is having its own defensive issues, I don’t see this game being close. The line opened with the Cowboys as 4.5-point underdogs and the number moved to as high as 5.5 before settling in at 5. I don’t think these movements will matter because the 49ers could win this game going away. Actually, against this current Cowboys D, I fully expect San Fran to run roughshod over the supposed America’s Team.

Other Games To Look Forward To

Atlanta’s offense should be much better now that Roddy White and Julio Jones are healthy. But the defense remains a work-in-progress, which isn’t the kind of thing you want to be in if you’re facing a New Orleans Saints offense that could break a handful of offensive records this season. The public is dumping large on the Saints as the line movement has shown (Atlanta opened as -1 faves; now the Saints are -3 favorites) but I think this is one game that’s going to be a sore spot for the books once it’s over. New Orleans isn’t going to blow out Atlanta, but they’ll do enough to win the game and cover the spread.

This game has one of the toughest lines to predict. The Baltimore Ravens play at home and yet they’re only 2-point favorites against a Cincinnati team that’s likely to be favored if the two teams played in a neutral field. So, apparently, Baltimore’s home field advantage is worth just two points. Interesting. The fancy name here is the Ravens because, well, they just won the Super Bowl two seasons ago. But this isn’t the same team from that one. Ray Rice is suspended. Ray Lewis retired two years ago. Ed Reed left around the same time. And we haven’t seen Joe Flacco since he won Super Bowl MVP in Super Bowl XLVII. Wait, he played last season? Give me Cincinnati to win and cover jumpstarting its drive to win the AFC North this season.

I’ve had this game circled for a long time not because of any gambling-related bets I made. I’ve been waiting to see JJ Watt and Jadeveon Clowney play together in a meaningful game. The fact that it’s against Robert Griffin III and the Washington Redskins is an added bonus. There hasn’t been a lot of line movement on this game. It opened with the Texans at -2.5 favorites and has since been bumped to -3. I don’t know what was responsible for the half-point swing, but my guess is somewhere between Redskins fans, RG III fans, Baylor fans, and possibly Skip Bayless. Whoever was responsible for it, I think they’ll end up on the wrong side of the results.