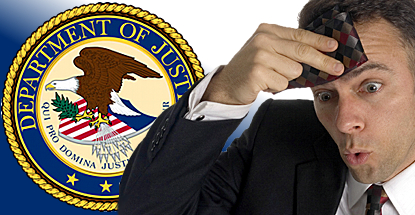 On Friday, a spokesman for the local US Attorney’s office confirmed to the Denver Post that the list of names would not be made public, which allowed the sphincters of an undisclosed percentage of Denver’s 1% to collectively unclench. Sande ran the password-protected Play Fast Sports site and was said to mail $100 bills in the pages of golf magazines – Swank being too literal, apparently – to winning bettors. Sande has agreed to forfeit a couple million bucks in ill-gotten gains and faces a potential lengthy prison stint when he’s sentenced on Nov. 13.

BECK MULLS PRESSING CHRISTIE ON SPORTS BET VETO
In New Jersey, a state politician is trying to ensure that the Garden State’s best and brightest aren’t forced to endure a similarly uncomfortable clenching. State Sen. Jennifer Beck is consulting with stakeholders looking to convince Gov. Chris Christie that he was wrong to have vetoed the state’s latest attempts to bring legal sports betting to Atlantic City casinos and state racetracks. Beck’s constituency includes the Monmouth Park track, which has been among the most vocal proponents of legal sports betting.

Beck was one of the key Republican pols whose support Democrat State Sen. Ray Lesniak hoped to enlist to help override Christie’s veto. Lesniak’s bill passed both of the state’s legislative bodies by veto-proof margins and he’s marshaling his forces ahead of a scheduled Sept. 22 override vote. Late last month, Beck told The Hub that she believed Lesniak’s override push was politically motivated.

Despite her hesitations, Beck said she would meet with the state’s Thoroughbred Horsemen’s Association – also big sports betting backers – to strategize on ways to “shed some light on policy issues that maybe we have not recognized in the original drafting of the bill.” At the time of his veto, Christie said he remained “open to exploring legally sound” methods of bringing sports betting to the state.

CHRISTIE NO LONGER CARES ABOUT JERSEY
But how serious was Christie? Not very, according to some observers. Christie is widely presumed to be seeking the GOP presidential nomination in 2016 and NJBiz Grapevine cited anonymous sources claiming Christie was making all future decisions based on how it will play on the national stage. Continuing to butt heads with the federal government might play well with the Tea Party crowd, but doing so to expand gambling’s scope would offend the moral conservatives that hold an equally tight grip on the Republican reins of power.

In the meantime, Christie is still the top GOP elephant in the state and capable of being either a great boon or a ‘bridgegate’ caliber roadblock to any would-be successors. So, sadly, the notion of an open GOP revolt in the form of a veto override would appear highly unlikely.