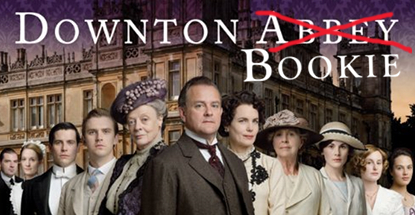 Several members of Colorado’s upper crust are sweating silver bullets this weekend on news that their bookie has confessed his involvement in an illegal online sports betting ring. On Saturday, the Denver CBS affiliate reported that Kerwin Dale Sande had reached a deal with federal prosecutors to plead guilty to money laundering and illegal gambling charges. Sande, who will be sentenced in November, has agreed to forfeit $2.5m in seized assets, including his home.

Sande’s credit betting operation utilized an internationally based betting site and reportedly handled up to $7m in wagers per weekend, with a client list believed to include numerous members of Denver’s 1%. Sande’s ring had agents circulating through the area’s country clubs, processing wagers on behalf of Denver’s deepest pockets. One client told the Federal Bureau of Investigation that he’d lost up to $5m in just three years wagering with the ring, and still owed Sande over $1m when law enforcement pounced. The client list is currently sealed but Denver’s movers and shakers likely won’t sleep soundly until the list is shredded, burned and the ashes scattered on random peaks in the Rockies.

ANOTHER PHUA DEFENDANT MAKES BAIL
A little further south, another defendant in the Paul Phua illegal betting case has made bail. It was over three weeks ago that Hui Tang’s bail was set at $1.5m but the cash was only produced on August 18. Tang has been released into the custody of poker pro Tom Dwan, who has teamed with fellow pros Phil Ivey, Dan Cates and Gabe Patgorski in assisting the Phua defendants. Tang and Phua were among eight individuals arrested at Caesars Palace in July and charged with running an illegal online World Cup betting operation.

On Friday, Star Ledger columnist Paul Mulshine fingered Sept. 22 as the date Lesniak would make his push to undo Christie’s veto. Lesniak’s latest bill passed both legislative houses by sufficient margins to override a veto but the Republicans who voted in favor of the legislation will be need some convincing if they’re going to directly challenge the big man’s authority. At best, Christie might go all Bridgegate on their disloyal asses. Even worse, Christie may yet run for president and nobody really wants to needlessly piss off the guy who has the head of the IRS on speed dial.

Lesniak told the Press of Atlantic City he intended to focus his lobbying on two key GOP senators: Joseph Kyrillos and Jennifer Beck. Each senator represents Monmouth County, home to Monmouth Park racetrack, which has pushed hard to expand its operations into sports betting. The track inked a prospective sports betting technology deal with UK bookies William Hill over a year ago. Lesniak says if he can win over these two pols, his override push will stand a fighting chance.