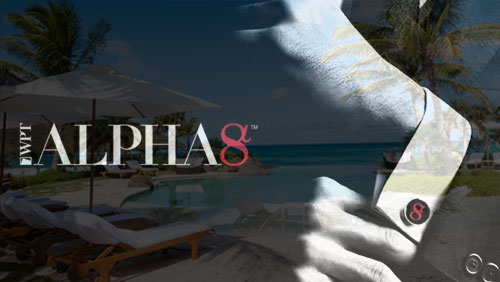 The beautiful Caribbean island of St. Kitts will be the third stop on the second season of the World Poker Tour Alpha8 Super High Roller series.

It’s beautiful, it’s the home of the businessman Bill Perkins, and last year it set the record for the highest number of World Poker Tour (WPT) Alpha8 entrants, after 28-players each paid $100,000 for the privilege of playing poker with the best.

I am, of course, talking about the beautiful island of St. Kitts, and the WPT have just announced plans to return for their third stop of a second season that threatens to be even better than the first.

The Royal Beach Casino, in Christophe Harbor, will once again be the venue for the event, and unlimited re-entries will be possible for the first six levels of play. The event will be filmed for the FOX Sports 1 network.

“Christophe Harbor is an immaculate destination, offering an authentic Caribbean experience and world-class amenities. The players who attended the record-setting WPT Alpha8 St. Kitts in Season I thoroughly enjoyed themselves on and off of the felt, and the word has spread throughout the poker community about this event, leading to our much-anticipated return.” Said the WPT President, Adam Pliska.

Last year, saw the German star Philipp Gruissem defeat the Brit Tom McDonald, in heads-up action, to take home the first prize of $1,086,400. Jason Koon and Scott Seiver were the other two players to cash in the event.

It was the second successive WPTAlpha8 win for Gruissem, after also winning the London event, for $1,379,840, after beating Scott Seiver in heads-up action. Countrymen Tobias Reinkemeier and Igor Kurganov finished third and fourth in the event.

The second season of the Alpha8 will begin in London Oct 6-7, before moving to The Bellagio in Las Vegas Dec 18-20, with a return to St. Kitts squeezed in the middle.