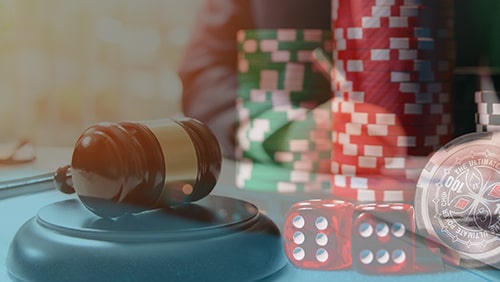 In poker, the turn of a card can see the hunted in any hand turned into the hunter. It shouldn’t therefore come as a huge surprise to poker fans everywhere that Mike Postle, against whom the case for cheating was sensationally closed a few weeks ago, has decided to sue members of the poker community.

Mike Postle, accused of cheating by dozens of poker players almost a year ago, has turned plaintiff as he seeks damages for libel and defamation of character.

In a slightly shocking move, Postle had turned from victim to attacker in his own mind at least as he goes after those who have soured his ‘reputation’ as a legitimate poker player. These included but aren’t limited to Veronica Brill, Daniel Negreanu, Doug Polk and Phil Galfond to name just four, as well as the cash game player Todd Witteles:

Suit is obviously frivolous and I will fight it. pic.twitter.com/JiZANp3mWH

Most of the players involved in the case against Mike Postle settled back in June with Stones Gambling Hall and its tournament director Justin Kuraitis, and therefore might have assumed the case to be closed. Not a bit of it. Postle is clearly angry with what he perceives as a slight on his character to suggest that he was looking at his mobile phone which lay on his crotch during the game which was being shown on a delayed live stream, whilst wearing a baseball cap that has been accused by some of inhabiting a bone-conducting microphone in any sort of attempt to gain from added knowledge of the cards.

Postle maintains his total innocence in all the Stones Live games held at the Stones Gambling Hall in which he was accused of cheating.

Having largely won at the low stakes game above and beyond what many poker players have called reasonable levels, Postle clearly rejects the idea that he was in any way benefitting from information from others and was instead merely a talented player who could make cold calls against players he was – at times – barely looking at, presumably while watching something else on his mobile phone or having an itchy ear. The footage of him on YouTube seems damning, yet he (and Kuraitis) have consistently argued that this is not the case.

One of the accused, Veronica Brill, posted that she would need help financing a defense, which quickly netted her all of the $20,000 she was seeking due to a crowdfunding platform, the last of which was tossed in generously by Bill Perkins.

Hello Poker Community.
I have set up a gofundme to help cover my legal expenses.https://t.co/bX0VVfsSLz
If i raise enough i will consider taking on this law suit.
Any excessive money raised i will be donated towards @highhands89 ‘s van
Help if you can, i very much appreciate it

Joey Ingram is in the dock, so too is PokerNews media as well as training sites such as Run It Once, Crush Live Poker, Solve For Why, and Poker Coaching, so Doug Polk and Matt Berkey will also be mentioned in dispatches.

As detailed by many reactions, the fact that Mike Postle’s case was dropped did not eradicate the suggestion of guilt in many people’s eyes and the chances of him getting a good game of poker are, admittedly, slim. However, whether this is as a result of others accusing him of cheating or him actually cheating has yet to be fully established. A case against him has been dropped, but there has not been any sort of admittance of wrongdoing from many parties who accused him directly of cheating. Postle therefore cries libel and defamation, but perhaps it is simply that there has been very little in the way of open discussion between him and those he was accused by and now seeks recompense from.

This is not an accusation of anything, least of all against the original plaintiffs, many of whom did speak publicly on YouTube about why they believed what they did, and Postle was offered a forum within which to discuss the hands by people such as Joey Ingram.

Those numerous requests for open debate were turned down.

The case essentially wasn’t debated properly in court either, poker not being given the structured argument that the game, now revised, deserves. Perhaps 100 years ago, when many statutes were put in place, poker was a different game and not open to the forensic scrutiny that pot odds and pot value now necessitate.

Poker as a game has changed, however, and the laws around it need to catch up or more situations such as these will arise. Some poker players will take an edge whenever they see it, within the framework of the game or decent morals or not, whether or not Postle did what his accusers say he did.

That has never changed and never will.

While some like Norman Chad have ooga-booga’ed the odd smart and funny line about the case, others in the firing line of Postle will be angry and upset that for – in their opinions – shone a light on what they saw as an illegal practice, they now face a reprisal they identify as meriting being applied only to Postle.

With up to 1,000 ‘John Does’ listed in the file, more defendants could yet be added by Postle’s legal team. Anyone who has openly accused Postle of cheating could yet be called. It’s the MTT attendance of the century if it happens after people are widely allowed in court. They could set up a human-size sushi restaurant rotating conveyor belt and still need a fortnight to identify all the perpetrators.

Will this new case get to court, and if so, will it be in the correct state? We’ll keep you updated as and when as the story of 2019 and 2020, much like the global pandemic we now live with, refuses to go away.