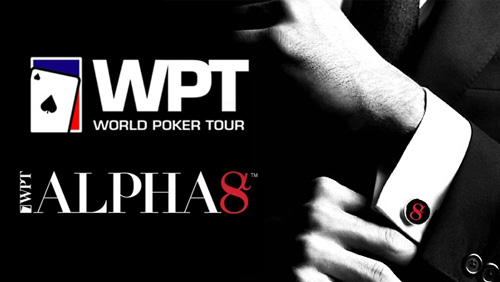 The WPT have announced the first two stops on the second season of the WPT Alpha8 series and its London and Las Vegas that are going to supply the love, laughter and lolly.

The first event will take place at the Palm Beach Casino, in London’s purple area of the Monopoly board, Oct 6-7, and it’s the first time in the shows short history that an Alpha8 event will not be televised, and the buy-in has also been reduced from £100,000 to £60,000.

Philipp Gruissem was the undoubted star of the first season, after capturing two titles, including the inaugural London event, where he beat 20-entrants on his way to a first prize of over $1.3 million.

The second event will be held at The Bellagio, making it the first Alpha8 event to be held in Sin City. The $100,000 buy-in event will be filmed for Fox Sports 1 (FS1) and will take place Dec 18-20 to coincide with the action at the $10,300 WPT Five Diamond World Poker Classic.

“We are truly honored to announce WPT Alpha8 London and WPT Alpha8 Las Vegas as our first events of WPT Alpha8 Season 2,” said WPT President Adam Pliska. “Not only are we returning to one of the most prestigious locations in the world at the Palm Beach Casino in Mayfair, but we are also bringing WPT Alpha8 to the home of high-stakes poker at Bellagio in Las Vegas, where we are already expecting to draw one of the largest fields in WPT Alpha8 history.”

The WPT will once again rely on their young stars to present the show, and that’s good news for fans of Lynn Gilmartin, Ali Nejad and Olivier Busquet.