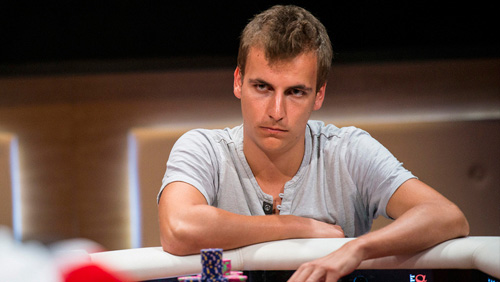 Lee Davy sits down with Philipp Gruissem to talk about his plans to create a new charitable organization for poker players called reg-charity.org.

I feel humbled by his presence.

A man who is not only willing to give vast sums of money to people who need it more than him, but as also decided to use his influence to widen his reach, and create an even larger pool of wealth that can be disseminated amongst the most effective charities in the world.

Philipp Gruissem, Igor Kurganov and Liv Boeree are the people behind REG. The new charitable organization for the poker industry, created in conjunction with the Effective Altruism movement in Switzerland, to ensure that the money they raise goes to the people who need it the most.

The last time we interviewed Gruissem he was about to head to Uganda to see how his money was being spent in a bid to help the people who suffer from schistosomiasis – so how did the trip go?

“We had a great time in Uganda. The charity showed us around, gave us a car and a driver and told us everything we needed to know. They are doing a very good job, and it was good to see where the money was being spent.”

How different was it for him to actually meet some of the children he was helping in person?

“I always had a strong feeling that I wanted to help people, but that feeling got a little stronger when I met some of those inflicted, and it made me realize how much can be done with so little money. It was really good for me to see that, and I wish everyone could have experienced it as it would change so many mindsets.”

And now Gruissem has turned to his fellow poker players to create even more money for charity.

“We are launching in two weeks and our charity organization is called REG (raising for Effective Giving). We want to raise money for the most effective charities out there because there are huge differences between charities. We have some people who are searching for the most effective ones and we are trying to get 2% of all cashes, for everyone that joins the charity, and I am really looking forward to it.”

So how will it work?

“The 2% will go to REG, and we will give you a tax deductible note, before the money gets divided amongst the most effective charities. We are going to have a set up plan where it’s going, but you will also be able to choose from our options how many percent of your donations go to which charity. We need to make sure the listed charities are the highest ranked and most effective.

“When I started out trying to donate money I didn’t know where to give it to? Most people have personal causes that they give to, but they are not always the most effective ones. If you can save 50 times as many lives, with the same money, but through a different charity, then that’s a good thing. We know it’s tough for people to decide so we are going to do that for people, and make the decisions for them.”

Head to the website reg-charity.org. It’s a great site and we have some pretty interesting articles about biases that will also help you with your poker game.