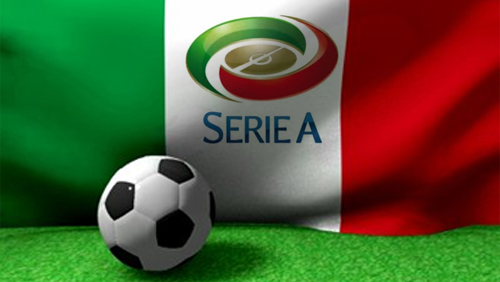 The Italian Serie A is the perfect example of how shady operations can have an effect on a league’s international position. The past few years have been a low point for the league. It’s gone through numerous match-fixing allegations, including one that sent Juventus to Serie B. It also lost a Champions League spot to the German Bundesliga back in 2012 after falling behind in the  UEFA coefficient rankings. And to make things worse, traditional powerhouses AC Milan and Internazionale have become mediocre teams, turning the league into Juventus’ own playground.

This season, both AC Milan and Inter aren’t expected to be in contention again. Fortunately, competition for Juventus will come in the form of AS Roma and Napoli, two teams that are in prime position to end Juve’s three-year reign of dominance.

Can AS Roma and Napoli topple the Juventus dynasty?

If it was that easy, somebody would’ve probably done it by now. Sadly, traditional rivals like AC Milan and Inter aren’t as strong as they once were, clearing the way for Juventus to stake full ownership of the Serie A crown. This year, the champs are favored at  even odds to make it four straight Serie A titles. But it likely won’t be as easy it was last year with the emergence of a Roma squad that’s not far behind at 2/1 odds. Napoli is also in the picture at 5/1 odds, thanks in large part to a dynamic attack that features wingers Jose Callejon and Dries Mertens and scorers Gonzalo Higuain and Michu. I personally think Serie A will be the most exciting of the Top 5 European leagues this year. I think Roma and Napoli have the weapons to be right in the heels of Juventus. Any misstep by the champs could see it tumble out of first place for the first time in the past three years.

Can AC Milan and Internazionale remain relevant this season?

Inter acquitted themselves well last year by finishing fifth after placing ninth in the league table the season before. It’s still not close to the Inter team that won a treble only a few years back, but it’s still progress to say the least, enough even to place them at 14/1 odds to win Serie A.

Unfortunately, its cross-town rival may be in worse shape, a staggering fall from grace for an AC Milan team that’s traditionally one of the best clubs in all of Europe. Last season, Milan finished a deplorable eight in the league table and this year, it’s Serie A title odds are worse than Inter’s at 20/1.

Mario Balotelli’s exit compounds an incredible dearth of attacking options for the squad. It’s so bad for the team these days that even Fiorentina have better odds at 18/1 to win Serie A than the once-proud Rossoneri.

Accurately predicting who the Top Goalscorer is in Serie A can be a profitable bet because there’s really no clear-cut favorite to the title. NapoliHiguain is the favorite at 6/1, but Juventus’ CarlosTevesisn’t far behind at 13/2. Then there’s Fiorentinas Giuseppe Rossi at 7/1, followed by AS Roma’s Mattia Destro at 8/1. You also need to pay attention to Rossi and Juventus’ Fernando Llorente who’s currently 9/1 odds to win the Serie A Golden Boot. Both players could figure into a pair of late-season transfers, wiping out their value in this race.

Should that be the case, guys like Inter Rodrigo Palacio (12/1), Fiorentina Mario Gomez (18/1), and new Juventus signing Alvaro Morata (20/1) are worth serious looks. Of the three, I like Gomez to bounce back from a disappointing first season at Florentinaand establish himself again as one of the world’s best goal scorers. At 18/1 odds, that could be good for a decent-sized play.

Should you even touch the relegation battle on this one?

The relegation battle in Serie A is arguably the trickiest of the five biggest European leagues. Half of the league can find themselves in trouble if they don’t play well for long stretches in the season. The favorite is Cesena at 1/2 odds, followed by Empoli and Sassuolo at 4/5 odds apiece. Both Cesena and Empoli were just promoted and Sassuolo only made its Serie A debut last season after its own promotion. All three are widely expected to be demoted back to Serie B next season. But other teams are also in the mix, including Chievo (6/4) and Cagliari (7/4). If there’s a takeaway from this jumbled mess of a prop, it’s that I’m staying away from it. There are far too many moving parts that could endanger one side at the expense of another. It’s better to just steer clear from the drama.