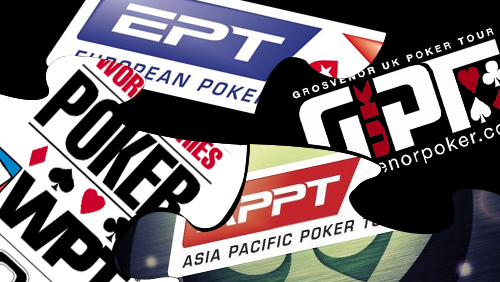 Lee Davy takes a look at the numbers hitting the beaches in Barcelona and believes that the future of poker is in good hands.

You can feel it deep in the gut.

Two words that make you feel of rotting flesh, screams and tears.

On that fateful day, when the FBI turned up across the screens of millions of online poker players, many of us thought it was the end. Resume’s were quickly updated, LinkedIn profiles given a clean up and we even brushed our hair in preparation for upcoming interviews.

These days there is a different feeling in the air.

There are little pockets of plutonium grade poker love in this world, and if someone can unite them all, I think everything is going to aye-ok.

There were some noises coming from the dealers that the success of the Millionaire Maker and Monster Stack events pulled a Harry Potter type cloak over our eyes.

That noise said that they were being sent home because $1k & $1.5k attendances were down. But the sheer numbers who poured through the Rio for the Millionaire Maker and Monster Stack shows you that there is still a dream for American poker players to turn a small buy-in into a lottery win.

The WPT500 event, at the Aria Resort & Casino, was another example of pitching the buy-in at a level that creates enough interest for the strata of poker folk that we weren’t interesting with our previous poker model.

The rake is lower, poker organizations may not earn as much money, but the interest from the American public is clearly there.

This summer saw the 2014 Beijing Millions held in the capital city of the People’s Republic of China as part of the PokerStars sponsored Asia Pacific Poker Tour (APPT).

2,732 players entered the event, held at the Beijing Star Poker Club, and that broke the live attendance record for an event held outside of the US.

With a population of over 1.3 billion people you don’t need to be a brain surgeon to understand that once the regulatory framework becomes a little more sturdy, the floodgates will open in this part of the world.

How have the GUKPT reacted?

Instead of trying to lock horns with the largest online poker room in the world, they have instead tried something a little different. In The Goliath they created one of the greatest opportunities to turn a pittance into a precious gem by turning a £120 investment into a juicy five-figure payday.

And the players love it.

3,394 players turned up to play in the event this week, smashing the previous non-US record previously set by the Beijing Millions crowd that I mentioned above.

And the record-breaking antics of The Goliath is not a new thing. In 2013, it also held the record of the largest event outside of the US.

Poker in the UK is not in a bad state at all, providing that you get the buy-in level right.

What is it about Barcelona?

It just has everything doesn’t it.

PokerStars must have been in dreamland when they realized that their 100th EPT was going to land squarely in the Catalan capital.

Field sizes have been growing in this part of the world for a few years now, but this year they have once again raised the bar to entirely new heights.

So life is good throughout the full spectrum of low stakes buy-in events.

What about the high stakes events?

The European Poker Tour (EPT) €50,000 Super High Roller is also underway in Barcelona and yet another record has been broken. 50 unique entries and 19 re-entries means that a total of 77 entries have created a €3,697,155 prize pool with over a million for first.

The latest figures from PokerScout may point to a downward trend of online poker players year-on-year, but one thing is for certain. We definitely have waters that are overflowing with fresh fish. The online poker organizations just need to work out how best to farm them.

Don’t you worry about that.