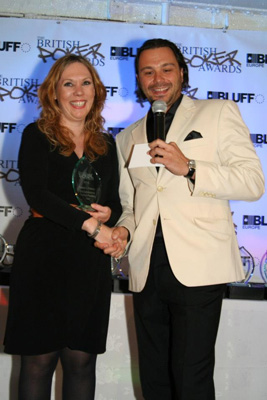 Kirsty Thompson faces a new challenge at PokerStars after being appointed as the new Head of Pro & Celebrity Marketing.

“I never stop. I always want to be better, to do better. Aiming for the top is not something I shy away from.”

Those are the words of Kirsty Thompson, one of the most adored, admired and respected people in the game, and she is once again presented with the challenge to turn those words into tangible truth, after being appointed to the position of Head of Pro & Celebrity Marketing.

Thompson leaves her position of Head of Live Rooms & President of the United Kingdom & Ireland Poker Tour (UKIPT), after a five year span that saw her create one of the most vibrant, affordable and exciting tournaments in Europe.

Prior to the creation of the UKIPT, Thompson worked for three years as Business Development Manager for the European Poker Tour (EPT), where she counts a 120% increase in revenue, during her tenure, as one of the highlights of a fruitful 16-month stint.

“Kirsty is well known in the poker community as a passionate, smart and dedicated manager,” said Vadim Soloveychik, PokerStars Director of Marketing, “Her experience in managing some of the world’s biggest and best live poker series, and her relationship with many of the world’s top players, will serve Pokerstars, Team Pro and the industry very well in the years ahead.”

She was a Senior Producer for Gaming at Virgin Media, for two years, before joining PokerStars in April 2008.