Home / Poker / Daniel Negreanu: “What are they Trying to Accomplish with such Harsh Penalties for Harmless Infractions?” 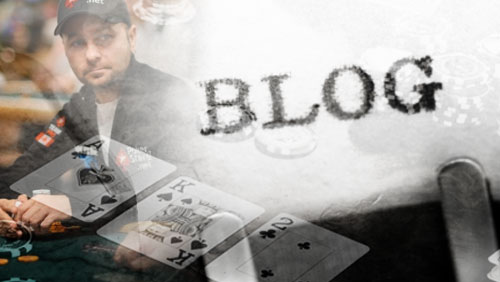 Daniel Negreanu is once again asking tournament officials to take a look in the mirror by asking what are they trying to accomplish with such harsh penalties for harmless infractions?

You can’t live without them, and sometimes it can be a royal pain in the ass to live in a world constrained by them.

The poker world needs to have them. It’s a sport, game, call it what you will; and so rules create structure and sense. Without rules, anarchy would reign at the tables.

But what about common sense and judgment?

Add a pinch of common sense into the rulebook stew and everything tastes that much sweeter. Think about the most proficient official from your sport of choice. Why is he or she the best? They are strong enough to inject common sense and judgment alongside the implementation of rules and infractions when making their decisions. They understand flow, pace and the human tendency to screw up.

Daniel Negreanu wants the same thing in poker and I imagine he is getting a tad fed up seeing his words running headlong into brick walls of varying degrees.

He is currently in Barcelona and he recently penned a blog post for Cardplayer where he touched on this very subject. As he explains in his blog, he was walking towards his €50k Super High Roller event when he was approached by a player seated in the Estrellas Main Event and asked for a photograph.

Negreanu duly obliged and the player (who was seated in the big blind) asked the small blind if he wouldn’t mind taking the photo. The player in the  small blind got up from his seat and took the shot.

You know what happened next right?

With the players merely inches from their chairs, and without hurting the integrity of the game, the dealer mucked both of their hands before Negreanu had the chance to say, “Cheese!”

The Global Poker Index (GPI) Player of the Decade thinks that the ‘jobs worth’ attitude by the dealers is affecting the game; most notably the impression that it’s having on those that are not that conversant with the rules. The very players that poker needs in it’s demographic.

It’s a difficult one.

A game of Lords and Masters.

I live in an apartment block that has 166 apartments and close to 100 car parking spaces. I have lived here for 18-months and I have never seen the car park even 50% full; but because I do not own a car parking space the rules state I cannot use one even if it’s empty.

At the front of the apartment block there are four spaces reserved for visitors. I used to book a space in the front desk register whenever I hired a car, but I have recently been told that I can no longer use the space because I am a resident.

This rule is insane.

The spaces are nearly always empty, and I have also given the front desk the option to ring me in my apartment to move the car should a visitor need it.

That just won’t do.

The rules are the rules.

Common sense is not allowed to play out because the people who are paid to ensure the rules are adhered to have no input into the creation of the rule.

In order for me to get my car park space, I need a member of the concierge to be willing to break the rules, and then when found out, try to explain to his or her boss that they were deploying common sense.

They would probably get fired.

The same is true for the dealers.

I understand Negreanu’s gripe. I really do. But it’s going to take a very brave, or very experienced, dealer to take the law into his or her own hands and introduce common sense and judgment alongside the rules.

Given the rise in attendances at some of these live tournaments, I would hazard a guess that there are more inexperienced dealers than experienced ones. You are not going to get common sense from the newbies. The rules actually help them settle into the job. They need that kind of structure.

Instead it’s up to the members of the Tournament Directors Association (TDA) to read Daniel Negreanu’s blog, conjugate, digest and then spit out some common sense regulations to their dealers and floor persons.

“We all want the same thing I would imagine,” says Negreanu. “A safe, fun environment to play these tournaments in, so industry wide lets reexamine some of the ways in which we are enforcing penalties and take a deeper look at what it is we are trying to accomplish.”

The man has spoken.