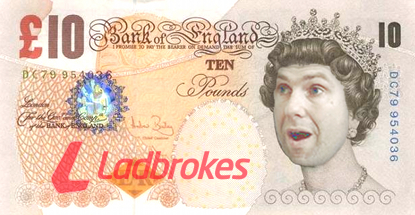 Chalk this one up to seriously unfortunate timing. Just a week after UK-listed bookies Ladbrokes posted H1 results showing profit down by half over the same period last year, embattled CEO Richard Glynn (pictured) has been awarded £1m worth of shares in the company. The Evening Standard reported Glynn was in line to collect up to 760k shares based on the company’s performance over a three-year period ending December 2016.

Glynn was already under fire for seeing his remuneration rise 85% to £4.7m last year while the company’s annual profits fell by a third. Glynn, who assumed the CEO’s reins in 2010, has been widely panned by analysts who say the bookmaker has seriously lagged its competitors in embracing online operations. Lads digital division earned profits of just £3m in the first six months of 2014, while archrival William Hill reported online profits of £81m over the same time period.

Of the 24 brokerages covering Ladbrokes, a slim majority (13) have assigned a ‘hold’ recommendation on the firm’s shares, while nine analysts are yelling ‘sell’ at the top of their lungs and two of Glynn’s relatives have suggested now is the perfect time to buy buy buy.

Meanwhile, Lads has attempted to bolster its lagging digital division by releasing a revamped mobile app with a new football accumulator tracker. The new My Accas feature allows punters to track unsettled elements of their accumulator wager via live updates that indicate either ‘winning’ or ‘losing’ depending on how a match is playing out. Lads’ mobile director Andrew Bagguley called the new feature “a real step-change” and “another industry-first” for the company.

Now, if only there was an app that allowed Lads shareholders to track how close Glynn is to collecting his various bonus incentives. But questions would likely arise as to how to determine who was truly ‘winning’ that wager.