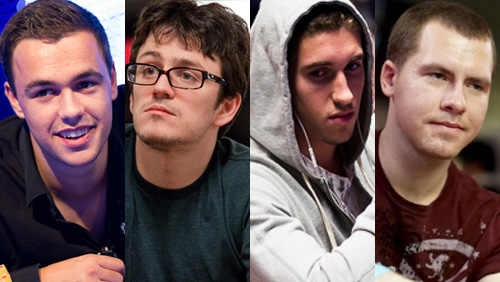 The Aria $100,000 Super High Roller welcomed 30 of the games elite and only four of them walked away with a profit with Ole Schemion, Isaac Haxton and Dan Colman cutting a three way deal once Daniel Cates was eliminated in fourth.

The World Series of Poker (WSOP) may be done and dusted for another year, but not everyone has left Sin City quite yet.

A mixture of 30 of the games greatest players, and decent players who have a lot of cash, were lumped into the poker room at the Aria Resort & Casino, and it was a German who once again came out smiling.

It was the first time that the 2013 Global Poker Index (GPI) Player of the Year (POY), Ole Schemion, had come to America to play poker, and although he kept a low profile during the WSOP, he more than made up for it by taking home his second seven-figure score of his fledgling career in this one.

Schemion carved out a three way deal with Isaac Haxton and Dan Colman, after Daniel ‘Jungleman’ Cates exited in fourth, and he is now ranked second, behind Dan Smith, in the GPI Top 300 Rankings.

The presence of Colman was an interesting one. His refusal to participate in any media activity after his $15 million ONE DROP win, and subsequent post on 2+2 where he demonized some aspects of the game, didn’t go down to well in some circles. But if you understand the point Colman is trying to make then the SHR is the best place for him.