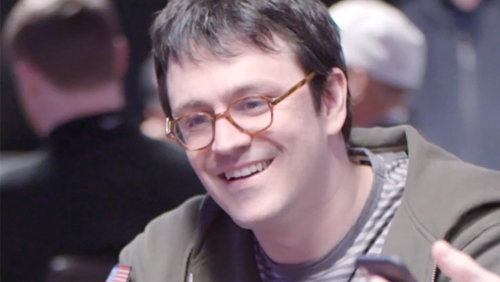 The return of live poker around the world is a cause for massive concern both in terms of for players individually and for poker brands overall.

One player who has said more than most about the possible situations we can look forward to solving within the industry is Isaac ‘Ike’ Haxton. The partypoker pro has written about the threats to a safe return of poker in a recent blog on the partypoker website.

Haxton, whose online and live reputation sees him sit among poker’s elite, has recently pushed for players to join him in donating to the Minnesota Freedom Fund. His words about when poker comes back to the live arena are ones informed by well over a decade at the felt.

I just donated to @MNFreedomFund

Who wants to join me?

“I’m really starting to miss playing live poker,” he says in his blog piece. “Sitting around a table, shuffling chips, talking s**t. Drinking too much coffee. The steady, mellow pace that can make 12 hours pass before you’ve noticed. I love it, I miss it, and it looks unlikely any of us will get to play any time soon.”

It’s clear that Haxton enjoys the passing of time at the table and with plans to bring poker back across America for example, it seems like each state has its own ideas of how best to come back.

A recent tweet by Joey Ingram hints that restrictions aren’t overflowing when it comes to Las Vegas:

“I’ve been thinking about what it’s going to look like when we finally do go back,” continues Haxton. Live poker is, unfortunately, a fantastic way to spread illness. We sit around a table all day, touching our faces, eating and drinking, and then touching cards and chips and passing them around. We sit shoulder to shoulder and breathe in one another’s faces.”

He has a point, and we’re not sure this picture shows three healthy players, rather than three players just sitting in plastic boxes.

As Haxton says, travelling in from a variety of different countries makes it all even worse.

“We’re stressed out, jet-lagged, not eating well, and not sleeping enough, all of which surely compromise our immune systems,” Haxton goes on. “It seems like there’s a bug getting passed around at almost every tournament stop and personally I’d estimate I go home with a cold nearly half the time.”

Whether live poker will come back before there’s a full vaccine is debatable. How low the infection rate is at that stage is a factor, so too is the possibility that the virus is not as dangerous as it is right now.

Haxton has reached out for feedback and suggestions via his Twitter page, and he’s bound to get some good ideas thrown in with the bad there. It’s encouraging that players of his seniority and reputation miss live poker just like aspirational players, it’s a sign that when live poker does come back, it’s likely to be appreciated like it never has been before.

In the mean time, you can read Haxton’s blog in its entirety right here. It’s good to see partypoker’s team pros expressing themselves and not just promoting tournaments. Haxton has always been prepared to shoot from the hip, and in a time where the future of poker is open to debate, hearing from someone whose life has revolved around the game for some time is valuable to everyone in the game.