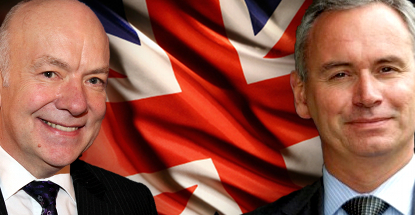 UK bookies William Hill are making good on their threat to close 109 betting shops as they brace for the impact of the new 25% duty on fixed-odds betting terminals (FOBT). Hills announced the closures in April after the UK government revealed it would impose the new machine duty effective March 1, 2015 as part of its overhaul of the country’s gambling laws.

This week, a Hills spokeswoman confirmed that 89 shops will now close “in the early autumn.” The remaining 27 shops will be closed before the year is out. Fellow bookies Ladbrokes have announced plans to close 50 shops this year and expect more closures to follow in 2015.

Anti-FOBT campaigners will cheer the disappearance of the shops, which they view as diseased hosts spreading the FOBT virus across the UK’s high streets. These campaigners got a boost in April after the government instituted a new planning use class for betting shops that would allow local councils greater say in whether to permit new shops to open in their neighborhoods.

All the more reason for the rise of a new industry association dedicated to safeguarding the interests of UK retail gambling firms. The Gambling Business Group (GBG) is the brainchild of industry veteran Peter Hannibal (pictured left) and former British Amusement and Catering Trades Association (BACTA) president Nick Harding (on the right). Hannibal described GBG’s mission as providing “a strategic voice for gaming in the UK in a way in which individual trade associations are unable due to their remit, which, by definition, has to be very specific.” Hannibal says the GBG will be “complementary” to existing trade bodies.