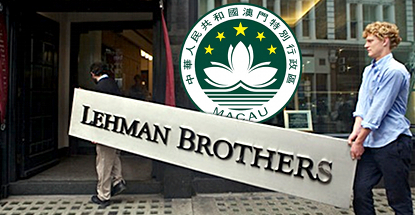 Macau casino junket operator Iao Kun Group Holdings (IKGH) has warned that the raft of new casinos set to open on Cotai over the next few years will increase competition for VIP gamblers. The NASDAQ-listed IKGH made the statement in a filing with the Hong Kong Stock Exchange, where it is applying for a dual listing.

IKGH expects the “significant increase” in the number of VIP gaming rooms on Cotai will intensify competition among VIP gaming promoters. Still more competition will come as other Asia-Pacific casino jurisdictions seek to loosen visa restrictions on Chinese visitors in a bid to capture some of the lucrative high-roller traffic flowing out of the Chinese mainland.

Even before Macau posted its first casino gaming revenue decline in over four years, there were signs that the VIP promoter business was becoming increasingly cutthroat. Japan’s Daiwa Securities Group issued a report last month claiming that several small- to mid-sized junket operators had recently vacated six VIP gaming rooms: three at Wynn Macau and three at Melco Crown Entertainment’s City of Dreams. Larger junket operators have stepped in to pick up the slack, further emphasizing the Darwinian rich-get-richer paradigm in play in Macau.

Among the reasons contributing to smaller junket operator woes are insufficient liquidity, failure to support required minimum rolling chip volume guarantees and the Kimren incident, aka the theft in April by Kimren Group shareholder Huang Shan of an estimated $1b+ of the Group’s operating capital. Jason Ader, the hedge funder and Las Vegas Sands board member, called the heist Macau’s “Lehman Brothers moment,” referring to the financial services giant that was forced to declare bankruptcy after cash flow dried up in the 2008 economic meltdown.

Speaking to Business Insider last month, Ader said Macau had had “a great ride,” at least, right up until someone made an unauthorized 10-figure withdrawal. “All of a sudden investors and junket operators were facing a loss and the prospect that these returns are not guaranteed.” Investors came to the realization that “maybe this isn’t worth all the brain damage” and began demanding more return for the risk they were taking. No one expects Macau’s junket operators to disappear altogether, but it’s clear that the herd may undergo further thinning before confidence is restored.