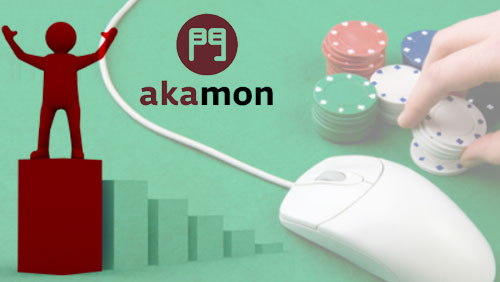 The company’s market share, its portfolio of games and its multi-platform distribution reinforce its leadership in these regions.

Barcelona, 9 July 2014. Akamon Entertaiment, the social gaming company specializing in traditional and casino games operating in Southern Europe and Latin America, confirms its leadership in the Latin markets in terms of market share, games platform distribution and product offering; according to data provided by the latest report from Superdata of the social casino industry in Latin America and Spain.

Akamon’s dominance in its markets of operation is confirmed after Superdata has estimated the Latin regions at USD $95.83 million. Given that the company it is on track to reach USD $20 million in gross revenue in 2014, it can expect to capture over 20% market share in the social casino market in Latin America and Spain.

In terms of game distribution, the Superdata report identifies the regions of LatAm and Spain as an opportunity for the social gaming industry in terms of mobile strategy. While worldwide mobile usage for Social Casino is at 47% (according to Eilers Research), 75% LatAm users are still using desktop and laptop for most of their game play. This data confirm mobile as a phenomenal upside for Akamon in the next 2 years in this region and the consistence of Akamon´s current platform distribution numbers with the market as a whole.

As for product offering, the Superdata report also approves the company’s game strategy, which has been spot on for the region: Bingo, which is Akamon’s top performing game, is the favorite game for 38% of Latin-American and Spanish users.

Akamon recognition among the reference Social Casino companies in LatAm and Spain comes along with solid EBITDA margins on sales. Since its foundation in July 2011, the company has managed to report double digit EBITDA margin on net sales for first time this June. Vicenç Martí, Akamon CEO, is convinced about “this range of  EBITDA margins is sustainable in the long run despite the top line growth opportunity ahead, according to Superdata research”. Moreover, he feels positive about “Akamon’s unique leadership position, its portfolio of games and its multi-platform distribution are a solid baseline for securing further market share in the spectacular growth of the region lying ahead”.

Akamon Entertainment is an online social gaming company specializing in traditional and casino games, operating in Southern Europe and Latin America via local portals, those of partners that are leaders in the online field, Facebook, and mobile devices. The company, which has its own development team and offices in Barcelona, Valencia and Tel Aviv has been internationally recognized as one of the 7 fastest growing Tech companies in Europe by The Next Web at Tech5 ranking 2014 and has been also identified by the gaming industry as one of the best emerging gaming companies with the prize “Who’s Got Game” in Games Beat 2012 and the “Rising Star” prize at EGR operators awards in November 2012 where it was also awarded “Social Bingo Product of the Year”.

Akamon’s extensive portfolio consists of 40 casino and local traditional games, such as Tute, Tarot, Roulette, Buraco, Parcheesi, Bingo, Poker and Dominoes. All the games incorporate social features and give players the opportunity to be a part of a global gaming community of more than 22 million registered users, whereby they are online together and share their gaming experience, whether it be via Akamon’s international portals, those of its partners, Facebook or mobile devices.