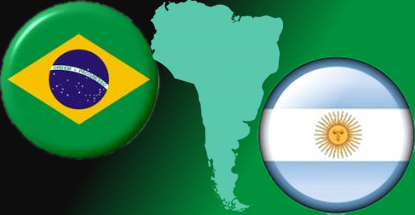 Brazil may have blown its chance to win the 2014 FIFA World Cup but it’s making a late push to bring its online gambling market in from the cold. This week saw opposition Progressive Party Senator Ciro Nogueira introduce legislation that would authorize the state to legalize and tax online sports betting, casino and bingo products.

International betting sites had long enjoyed a loophole in Brazilian law that made all online transactions subject to the law in which the site was licensed, but this practice was curtailed in April following passage of the country’s ‘Marco Civil’ aka Internet Bill of Rights, which made all online transactions subject to Brazilian law and gave the state the authority to block sites accused of flouting local conventions. The only currently permissible forms of gambling in Brazil are horseracing, lotteries and poker tournaments.

Nogueira’s PLS186/2014 legislation would impose a 10% tax on gaming revenue, with the federal government taking 7% and the other 3% going to the province in which an online operator is licensed. Nogueira believes the resulting tax windfall could mean an extra BRL 15b (US $6.75b) in government coffers. Given that the World Cup infrastructure costs left the country $13b in the red and preparations for the 2016 Olympics are incurring equally astronomical debts, Nogueira may find his audience a little more receptive this time around.

Argentina is still in the hunt for World Cup bragging rights and the country’s Associación de Loterías, Quinielas y Casinos Estatales (ALEA) is hunting a national online gambling system to overturn the patchwork of 23 provincial fiefdoms – plus an independent regime in Buenos Aires – that currently holds sway. Two years ago, territorial infighting with national sports betting monopoly Loteria Nacional prompted gaming authorities in Misiones province to revoke the local license held by online gambling operator Bwin, who subsequently claimed they left the market of their own volition.

ALEA has been pressing for changes to this system since 2012. Last week, ALEA representatives began crafting a proposal for a federal framework to regulate online gambling, in the hope that a single authority might impose order on the current system. As ever, part of the stated justification for such a scheme is the elimination of money laundering and terrorism financing allegedly facilitated via international online gambling sites. ALEA hopes to reconvene its members for further discussions within the next two months.