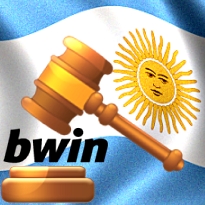 The Bwin half of pan-European online gambling operator Bwin.party has suffered a legal setback in Argentina. Late last week, the Federal Court of Argentina handed down a ruling upholding the constitutionality of federal regulations recognizing the Loteria Nacional (LNSE) as the sole administrator and operator of sports betting products by all available commercial channels. Similar to the situation in Germany, in which Bwin holds an online sports betting license in the state of Schleswig-Holstein that is not recognized by the federal government as having any power to reach beyond that state’s borders, Bwin Argentina holds an online betting license issued in 2007 by the Provincial Institute of Lotteries and Casinos (IPLyC) in the northeast Argentine province of Misiones.

Bwin Argentina’s decision to advertise in national media eventually prompted legal action by the LNSE. In 2008, a Buenos Aires court ordered Bwin Argentina to block access to residents in the lucrative federal capital. Victor Chandler closed its Argentine-facing operation in February 2010 over similar legal issues, but Bwin chose to stick it out, appealing the court ruling and reportedly ignoring the court order by continuing to offer services to residents of Buenos Aires. This week, the Federal Court determined that Bwin’s Misiones license provided no authority to extend Bwin’s offering outside that province’s borders.

According to a YogoNet report, the Court rejected Bwin’s argument that Argentine bettors who used their site were ‘virtually traveling’ to Misiones in order to place their bets, which Bwin argued made such transactions fall under the scope of their Misiones license. The Court similarly rubbished Bwin’s argument that denying the right to offer bets across provincial borders was the equivalent of denying freedom of expression. Making matters worse, the Court ordered Bwin and the IPLyC to foot the full costs of the legal fight. Bwin.party’s stock has not traded above 100p during the month of August, and the South American setback could add further downward pressure when trading opens Monday morning.