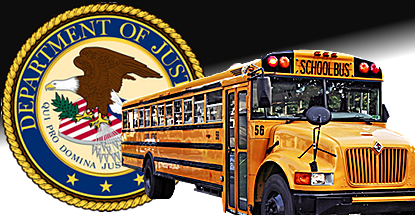 The US Attorney for the Western District of New York has indicted three men for running an illegal sports betting business. Rochester residents Paul Borelli and Joseph Ruff were arrested on Wednesday on multiple counts of money laundering and other illicit financial chicanery. A warrant has been issued for the third suspect, Connecticut resident Mark Ruff, who faces similar charges.

The illegal gambling operation was a classic credit-betting setup, in which wagers were processed via password-protected websites. Payments of winnings and collections of debts were conducted via FedEx deliveries, bank deposits or in person at the Marina Restaurant and Bar in Charlotte where the two arrested men worked. The operation had been in business since January 2012 and handled around $76m in wagers. Police confiscated over $80k after conducting searches of the accused men’s homes.

A significantly smaller betting operation was recently brought to its knees thanks to a disgruntled bus driver. Veoletta Svarda, who drives a school bus in Columbus, Ohio, blew the lid off the ‘gambling’ ring being run by her fellow bus drivers in the Columbus City Schools system. Ironically, Svarda ratted out her co-workers not out of any moral objection to gambling but because she felt she’d been screwed out of a big payday. Keep in mind that ‘big’ is a relative term when you’re earning a bus driver’s salary.

The gambling in question involved four bus drivers who sold $1 scratch off tickets with a maximum prize of $25 but which also featured numbers that were eligible for a drawing to win one of two $150 prizes. Organizers later changed this to four prizes of $75 in order to ‘spread the wealth around,’ leaving Svarda holding a ticket that would have been worth $150 but was now worthless. Irate, she threatened to go public unless she was paid the $150, which organizers eventually agreed to do, but Svarda finked on her co-workers anyway.

The school district has since declared such gambling off-limits for its bus drivers and has referred the matter to Columbus police, who are still trying to determine whether they have the balls to press charges over such a trifling matter. Meanwhile, Svarda told the Columbus Dispatch that she found an oily liquid near one of her bus tires, which she feared meant someone had tampered with the brakes. (Or a fat kid puked up the cafeteria’s meatloaf.) Svarda also claims to have found animal feces in her cup holder. Wow… Just imagine what they put in the cup holder of the fink who ratted out those guys in Western New York.