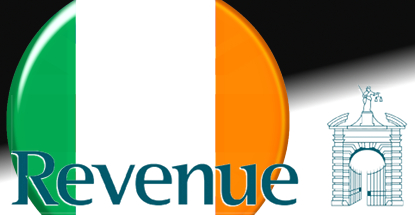 Ireland took another step toward formalizing its new online gambling laws after the government announced a plan to give Revenue Commissioners the powers to enforce the new tax regime. Ireland’s oft-delayed Betting (Amendment) Bill would tax online sports betting for the first time, with traditional bookies paying 1% of turnover while betting exchanges like Betfair would pay 15% of betting profits. The changes would apply to all Irish-facing operators, regardless of what corner of the world they called home.

The latest incarnation of the Bill was introduced last summer and passed Second Stage in January, although few expect it to become law this year. Still, the 2014 FIFA World Cup is very much in the news, so let’s do something about sports betting. On Tuesday, Finance Minister Michael Noonan announced that he had secured Cabinet approval for an amendment that would empower Revenue to collect taxes from licensed online operators and deal harshly with any operator lacking an Irish license.

The Independent quoted Noonan saying “the key amendment here is that Revenue will be the enforcement authority.” Ireland is still working on establishing a dedicated gambling regulator, so the Justice Minister is responsible for policing “unlicensed remote operators.” Under Noonan’s amendment, Revenue would assume this role. The Bill has suggested enforcement measures could include payment- and IP-blocking of unauthorized betting sites plus prohibitions on promoting their wares to Irish punters via advertising or sponsorships.

Meanwhile, Ireland’s land-based bookies’ pleas for government to get the lead out appear to have fallen on deaf ears. Under the existing law, which dates back to 1931, betting shops are required to close by 6:30pm for six months at a stretch and the latest ‘dark’ period takes effect on September 1. The Bill would curtail this seasonal curfew, which bookies claim results in an net €23.3m cost to the state via lost taxes and increased welfare payments to laid-off shop employees. But with Irish legislators due to take their summer break in July, bookies are bracing for yet another winter of their discontent.