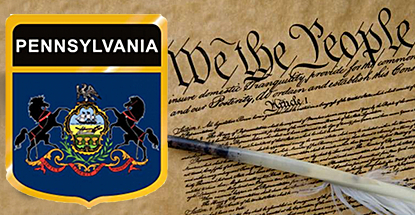 Pennsylvania state Sen. Edwin Erickson has delivered on his promise to introduce a new online gambling bill that won’t become law. On Thursday, Erickson and fellow Republican Sen. Bob Mensch dropped SB 1386 (read it here). While the bill’s preamble singles out poker as worthy of specific praise for its peer-to-peer nature, it repeatedly refers to “any game” thus authorized by state gaming regulators, suggesting either a forward-looking sentiment or schizophrenia.

The bill would allow liquidity sharing with other likeminded states. License fees are set at $5m while taxes are set at 14% of gross gaming revenue, payable on a weekly basis.

Licensed online gambling websites would have to be operated under the casino licensee’s brand, “not the brands of third parties.” No site would be permitted to operate that is “identified by a brand or name that is not owned or controlled by the licensee or an affiliate of the licensee.” The requisite ‘bad actors’ section includes anyone who purchased or acquired a ‘covered asset’ used to take wagers from US residents after Dec. 31, 2006, thereby precluding Amaya Gaming/PokerStars from teaming with a Pennsylvania casino.

BAD ACTORS = BAD LAW?
Meanwhile, a Harvard Law School professor says the ‘bad actor’ clause in online poker legislation recently proposed in California may be unconstitutional. Laurence H. Tribe’s analysis of the two online poker bills introduced by state legislators in February says the ‘bad actor’ provisions “fly in the face” of the US Constitution’s prohibition on states passing bills of attainder. Such a bill “legislatively determines guilt and inflicts punishment upon an identifiable individual without provision of the protections of a judicial trial,” otherwise known as “trial by legislature.”

Such Constitutional concerns are as old as ‘bad actor’ proposals themselves. Back in 2012, former US Solicitor General Paul Clement suggested the federal online poker bill being pushed by Senate Majority Leader Harry Reid and then Sen. Jon Kyl also represented a bill of attainder. Not everyone is convinced these claims would hold up in court, but if California’s Morongo Band is serious about mounting a legal challenge of the latest anti-PokerStars online poker bill backed by a coalition of California tribes, then we just might find out.