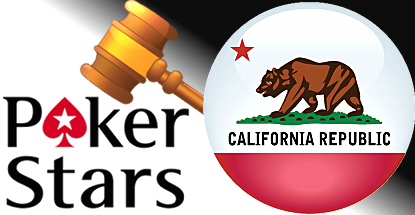 PokerStars was the center of attention at Thursday’s Conference on Online Gaming in Sacramento, California. As with last month’s hearing at the state Assembly, the potential participation by the Isle of Man-based online poker behemoth in a regulated California market was a contentious point of debate (except this time the company’s name was actually spoken aloud). This summary of the day’s events comes courtesy of the timely tweeting from the furious thumbs of @OPReport, @CAPokerNews and @US_OnlinePoker,

There were a number of preliminary panels, including projections on potential revenue numbers, but since nobody really knows what will happen until cards are dealt, let’s move on. With the notable exception of Las Vegas Sands’ representatives, those in attendance at Thursday’s confab viewed online poker legislation as a matter of when, not if, leaving the focus on who gets to participate.

Jeff Grubbe, chairman of the Agua Caliente Band of Cahuilla Indians, was opposed to state racetracks being allowed to offer online poker, calling it an expansion of gambling that would violate tribal exclusivity. Robert Martin, chairman of the Morongo Band of Mission Indians, didn’t view the tracks as serious competition and thus wasn’t overly concerned whether they were allowed to diversify their online options beyond advance deposit wagering

BAD ACTORS COULD SPARK LEGAL CHALLENGE
Grubbe was confident that the consensus bill that emerges from the two competing pieces of online poker legislation currently awaiting debate in the state legislature would contain a ‘bad actor’ clause. Such language would remove the welcome mat for any company that took any kind of online wager from California residents after Dec. 31, 2006.

Martin repeated his insistence that determining suitability for licensing was a job for state gaming regulators and thus such determinations shouldn’t be enshrined in legislation. Martin said the Morongo wouldn’t support legislation that automatically precluded Stars from entering the California market and suggested the Morongo would mount a legal challenge of any such legislation.

Martin added that since Stars was a poker-only site, it had never violated tribal sovereignty over casino-style gaming. Martin went on to suggest that any online company that offered anything other than poker to state residents – at any time, not just post-passage of the Unlawful Internet Gambling Enforcement Act (UIGEA) in 2006 – were the real ‘bad actors’ and should be excluded.

Questioned on the wisdom of inking a technology deal with a company as potentially divisive as Stars, Martin noted the company’s dominance of the global online poker scene, their stellar reputation among players and the fact that Stars operates in many highly regulated markets around the globe. Martin acknowledged that if state regulators were to deem Stars unsuitable, the Morongo would look for a different partner rather than challenge the decision.

I’D LIKE TO TEACH THE WORLD TO FOLD
During another panel, attorney Keith Sharp dismissed the need to put ‘bad actor’ criteria in legislation, likening it to one’s appendix, i.e. unnecessary. Sharp noted that New Jersey was currently the gold standard for US regulated online gambling and it had left that decision up to its regulators. Sharp concurred that any legislation with specific bad actor criteria would likely be challenged – and just as likely overturned.

Assemblyman Reggie Jones-Sawyer, author of the AB 2291 online poker bill, had sounded moderately supportive of Stars at last month’s hearing, but seemed to lean the other direction on Thursday. Jones-Sawyer said he was worried about California sites being able to compete with Stars, making the analogy that the state was a company trying to launch a new cola product and Stars was Coca-Cola.

Grubbe suggested the legislature would hold its next online poker hearing in June. While the official deadline for bill passage is May 30, the absolute final deadline by which all legislative workarounds will be exhausted is August 31. Regardless, passage of any bill will require the support of 2/3 of each legislative body, leaving a lot of doubt as to whether supporters have the numbers to see a bill cross the finish line in 2014.