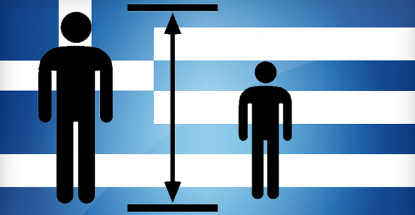 Greek monopoly gambling operator OPAP has officially launched the online version of its popular Stihima sports betting product. There had been concerns that the GTECH-powered product might not make it online in time ahead of next week’s kickoff of the 2014 FIFA World Cup in Brazil, but the product launched on Monday (2) at Pamestoixima.gr. Users must be at least 21 years of age and willing to ignore the array of non-OPAP online options still available to Greek punters, much to the government’s chagrin.

Meanwhile, OPAP has re-upped with gaming and lottery technology supplier Intralot. The new four-year contract, which is retroactively effective from April 1, will see Intralot continue to handle OPAP’s IT services as well as supply OPAP with new central system equipment. The two Greek firms have been working together since 2001 and Intralot CEO Constantinos Antonopoulos said his firm was glad to be able to help “our longest client” in its quest to “continue to modernize the Greek gaming market.”

That Greek gaming market is shrinking, according to data released this week by the country’s Gaming Oversight and Control Commission (EEEP). The data, which is based on gambling with OPAP, horseracing monopoly ODIE, land-based Greek casinos and the state lottery, says total gambling turnover last year came to just under €5.5b. While that sum ranks Greece as the ninth biggest gambling market out of 28 EU countries, it represents a 37% decline from the €8.7b recorded in 2009, right around the time the overall Greek economy began its death spiral. (So much for the theory that gambling is recession proof.) The economic collapse ultimately led to the Greek government selling its one-third stake in OPAP in order to help repay the €240b bailout package Greece received from the European Union and the International Monetary Fund. Net proceeds for gambling operators over the same period fell 38.7% to €1.55b.