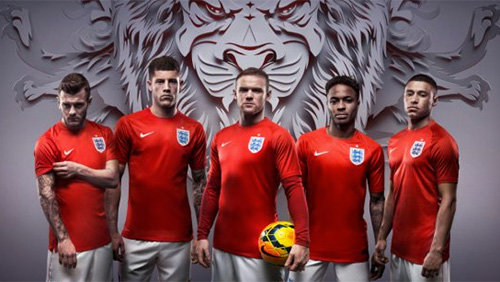 England is the most tormented nation to play in the World Cup. The list of crushing defeats on the biggest stage in football runs long and deep. Hell, combining all the tears shed for the every early exit by the Three Lions could probably fill the Thames River. It’s been demoralizing for a nation whocontinue to boast about being founders of the game.

England’s chances to win the World Cup are a long shot at best but that doesn’t mean we can’t enjoy betting on the lads performance in Brazil. It’s one thing to cry over another embarrassing penalty shoot-out defeat, it’s another to thing to take comfort knowing at least you made money on the game.

Here is Part Two of our Best Prop Bets of the World Cup series.

Piggy-backing off of the Top Goal Scorer odds yesterday, odds are offered on who leads the English national team in goals at the World Cup. Wayne Rooney’s the favorite at 11/4 odds, but he has competition from Daniel Sturridge at 3/1 odds. Outside of those two, the odds drop to Steven Gerrard at 11/1, Danny Welbeck at 14/1, Rickie Lambert and Raheem Sterling at 20/1 and Frank Lampard at 22/1.

The stage of elimination prop is arguably the most depressing odds to bet as an England fan. You can be a die-hard faithful and spot a small bet on the team winning the whole thing but at 28/1, the odds aren’t exactly ever in your favor. If you’re realistic, a choice between the group stage (6/4), the last 16 (3/1), or the quarterfinals (4/1) offer some good odds. A run to the semis is at 8/1, while finishing runner-up is at 20/1. Sadly the bookmaker’s 6/4 odds that England won’t make it out of the group stage is an all-too-real possibility with Italy and Uruguay in the same group. Yikes.

Betting on where England stands after all three group matches is also a nice prop, especially if you believe that England can navigate through the aforementioned Italian and Uruguayan teams, as well as, well, Costa Rica. It’s enormously unlikely that England will finish dead last unless Costa Rica fields the football equivalent of the Monstars against England. The Three Lions should make easy work of Costa Rica, rendering those 8/1 odds of a fourth place finish irrelevant.

The first to third finish odds are extremely close. If England can get past Italy and Uruguay, first place is theirs at 2/1 odds. Meanwhile, 11/5 odds are being offered if it survives the group stages as the second seed and 9/5 odds if it meets the embarrassing fate of finishing third.

And finally, prop scenarios! These are always a favorite for gamblers looking to have good fun at the national team’s expense. This year, Paddy Power is offering a number of props under this category, beginning with any English Player to cry when being eliminated (a foregone conclusion) at 2/5 odds.

If you want to bet on England suffering another cruel elimination due to penalties, Paddy is offering 8/1 odds. At 50/1 odds, you can also root for Hand of God 2 to happen at England’s expense.

Cheer, scream, and cry for England at the World Cup. Just know that it’s much better doing all those things if you have money on them…or against them.