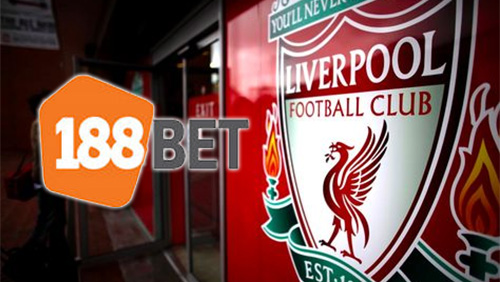 Liverpool and 188Bet extend their partnership until the end of the 2015/16 Premier League season, and the owner of the Dallas Mavericks is using his millions to try and solve Luis Suarez’s issues with his slippery feet.

Liverpool FC, one of the largest football clubs in the world, have agreed an extension with their gaming provider, 188Bet, that will see the pair holding hands until at least the end of the 2015/16 Premier League season.

“Liverpool FC is one of the world’s most famous and historic football clubs and we are thrilled to be announcing our renewal off the back of one of their most successful seasons in recent times. We look forward to building on our excellent relationship with the Club and its betting fans” said Nigel Singer, Managing Director of 188BET.
The deal means 188Bet can continue to use the Liverpool brand name, and platform, to continue to advertise to their odds and exclusive promotions to their fans in Brazil and Asia. The pair have been partners since 2012.

Billy Hogan, Liverpool’s chief commercial officer, said: “We’ve had great success over the last five years, continually adding value to our working relationship. 188Bet will service fans in two of football’s biggest markets, Brazil and Asia, where we have a combined total of over 340 million followers.

You can’t talk about Liverpool FC without talking about the thespian act of ‘diving’.

Not since the days of Jurgen Klinsmann have we witnessed a more fervent chewer of grass that the Uruguayan international Luis Suarez. The Professional Footballers Association (PFA) Player of the Year, and Premiership Top Goalscorer, makes Greg Louganis look like a jellyfish.

It’s not just Suarez either. His influence extending on the young impressionable Raheem Sterling, who has started to resemble Emile Heskey on roller skates, and the England Captian himself, Steven Gerrard, has been known to take an uncontested flyer or two.

But times are changing thanks to an American billionaire who obviously has too much time and money on his hands.

Mark Cuban, is a technology tycoon, who owns, amongst other things, the Dallas Mavericks Basketball team, and he is intending to put his £1.5bn fortune behind what the experts are saying is the first serious attempt to map the physics of play-acting in professional sport.

As a NBA franchise owner it should come as no surprise to learn that the research starts right there. In the NBA simulation, in an attempt to lure the referee (I that what they call them?) into believing a foul has occurred, is known as ‘flopping’ (so that’s what my wife is on about?), and this is where Cuban and his team of smart Alec’s are going to start their experiments.

Apparently, it’s all about understanding how much force is necessary to require someone to hit the deck during active participation in sport, and tests are being carried out where players wear special vests that contain sensors, and are then repeatedly barged into, to try and understand the different levels of force necessary to make them eat dirt.

These NBA boys are big boys. Who have they hired for the barging? The Big Show and the Fridge (does he still play?)

“I feel strongly about introducing data to situations in business and sport where there previously had been none, “ said Cuban.

I say this because they have this sport called American Football where you only get to watch 11-minutes of actual action in a 12-hour broadcast, so I guess introducing more stoppages for this type of thing won’t be a problem, whilst in the UK they won’t even introduce proven hawk eye technology to deal with controversial goal line incidents.