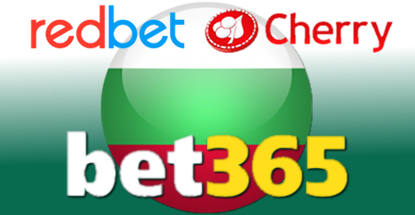 Bulgaria’s gambling regulator has added another five names to its list of prohibited online gambling operators, pushing its naughty list to over 150 domains. The Bulgarian State Commission on Gambling has fingered Swedish operator RedBet Gaming’s Heypoker.com and Whitebet.com sites, while fellow Swedes Cherry AB found their EuroSlots.com domain embroidered with Bulgaria’s scarlet letter. Casinoluck.com and NextCasino.com were also added for either offering services in the Bulgarian-language or directly marketing to Bulgarian punters without a Bulgarian license.

Stoke-based online gambling operator Bet365 is currently on Bulgaria’s naughty list but that may soon change. eGaming Review reported that Bet365 has officially applied for a license from the Commission in a bid to restart its Bulgarian-facing business. Bet365 was among the first 20 names blacklisted last June and Bet365 offshoot Sportgiochi365.com was added to that list in February. Assuming its application is approved, Bet365 would become the country’s sixth official online gambling licensee, joining the likes of Betfair and PokerStars, which both came in from the cold in April.

Despite its eagerness to ban-hammer with impunity, Bulgaria originally had difficulty convincing any banned operators to embrace life in a newly regulated market. As late as December, Bulgaria had licensed just one operator, Malta-based efbet.com. Then the light bulb went off and Bulgarian parliamentarians voted to replace their much loathed 15% tax on online betting turnover with a 20% tax on gross profits, effectively making a threefold reduction in the tax burden facing operators. And lo and behold, the operators are coming back. So remember kids, you catch more flies with honey than with vinegar. Although, as Woody from Cheers once observed, you catch the most with dead squirrels.