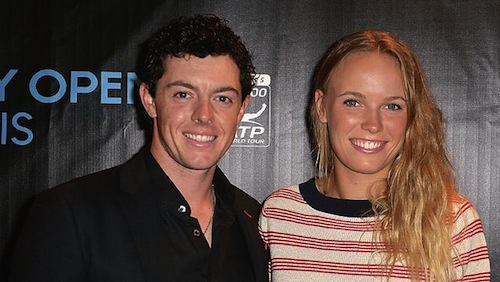 Rory McIlroy called off his engagement to Caroline Wozniacki and like the true opportunist that they are, Paddy Power was quick to post odds on who the Irish golfer’s next girlfriend is going to be. Poor Caroline.

But it’s on to the next one for the 25-year old former world number one golfer, who will likely find no shortage of interested women looking to be his next lady friend.

Fortunately for the Irish golfer, Paddy Power arrived in time to lend a helping hand, providing McIlroy with a list of women that the Irish bookmaker believes will fill the void left by Wozniacki.

A quick glance at “Rory’s Next Birdie” shows that the odds-on favorite to be McIlroy’s new flame is 24-year old Holly Sweeney, who actually shouldn’t be classified as a new girlfriend because the two already dated for six years before calling it quits back in 2011. But if you think they’re getting back together, Sweeney at 3/1 odds looks like a pretty solid bet.

Can you imagine the media circus if Rory and Elin get together? We can’t, which is precisely why we’re rooting for this to happen!