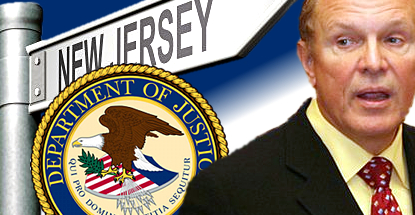 New Jersey is determined to add sports betting to its list of gaming options and there may not be a damn thing the US Department of Justice can do about it. Speaking at the East Coast Gaming Congress (ECGC) on Monday, state Sen. Ray Lesniak told attendees that if they came back to Atlantic City next year during the Super Bowl or NCAA Final Four tournament, they would be able to bet on sports at Atlantic City casinos and state racetracks. Striking a supremely confident tone, Lesniak told attendees they could “go to the bank on it.”

New Jersey is currently waiting to learn if the US Supreme Court will agree to hear its appeal of the lower court rulings currently preventing the state from implementing the sports betting legislation Gov. Chris Christie signed into law back in 2012. Lesniak is convinced that if the Court agrees to hear the case, those rulings “will be overturned,” so anyone wanting a hotel room during peak sporting event windows better book now or stay home.

But should the Court decline to hear the case, there’s always the nuclear option. Last June, among the flurry of briefs filed with the Third Circuit Court of Appeals in Philadelphia, the DOJ attempted to disprove the state’s claim that the federal PASPA sports betting prohibition compelled the states to enforce a federal edict. By way of example, the DOJ suggested the state could choose to simply not take any action to stop bookies from plying their trade. The DOJ said such a stance “might be bad policy, and it might be irresponsible,” but it was ultimately up to the state to decide for themselves.

Well, alrighty then, says Lesniak. As quoted by The Record’s John Brennan, Lesniak told ECGC attendees that he is drafting – and promises to introduce – legislation “to allow casinos and racetracks to have sports betting on our premises. We just won’t be able to regulate it. We pushed the envelope with internet gaming, and we will push the envelope on sports betting. And we are not going to be deterred.”

Suffice it to say, we’re almost hoping the Court declines to hear New Jersey’s appeal, if only to see how high the DOJ gets hoisted with its own petard. Lesniak is a longtime champion of gambling freedoms and he’s to be credited for having the courage to call the feds on their bluff. Anarchy in 3… 2… 1…