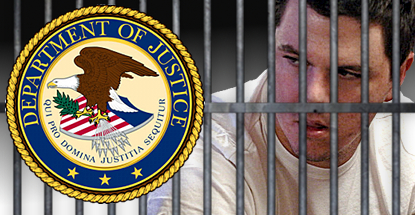 Illya Trincher (pictured) has been sentenced to six months in prison for his “leadership role” in the Russian-American illegal sports betting and poker ring broken up by the US Department of Justice last April. Trincher, his brother Eugene and father Vadim were among the 34 individuals charged last year for their roles in the so-called Taiwanchik-Trincher Organization that catered to Russian oligarchs, Wall Street fatcats and Hollywood celebrities. The senior Trincher was sentenced to five years last month, while Eugene pled guilty in November and will be sentenced on June 9.

The 28-year-old Illya pled guilty in November to running an illegal gambling business. In addition to his stay in prison and six more months of home confinement, Trincher has agreed to forfeit $6.4m. Unlike co-defendant Anatoly Golubchik, whose lawyer protested the “ridiculous” five-year sentence handed down by Judge Jesse M. Furman last month, Trincher’s attorney told Furman his client was “very gratified with the fairness” of his sentence. Trincher will report to prison at the end of June.

In a statement to the court, Trincher said his arrest last April came shortly after the birth of his son and the rollercoaster of emotions left him with an “indescribable feeling .. in the pit of my stomach.” He likely wasn’t the only one with an upset tummy. Trincher is close friends with hedge fund star Marc Lasry and Trincher’s arrest was cited as the justification behind Lasry’s subsequent decision to withdraw his name for consideration as US ambassador to France.

Meanwhile, a Hawaiian restaurateur has been sentenced to six months in prison for laundering the proceeds of an illegal sports betting operation through his eating establishments. Thomas Ky, one of 26 individuals caught up in a May 2012 takedown of an online credit betting operation, was also handed three years of probation and ordered to pay a $50k fine. Ky admitted laundering $1.3m in betting funds through his five Assaggio restaurants and apologized to US District Judge Derrick K. Watson for his “totally unacceptable and wrongful” actions. Prosecutors had sought a year-long prison term but Watson noted Ky’s contrition and his “virtually nonexistent” chances of reoffending in passing judgment.