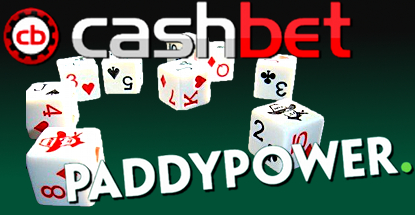 Cashbet has officially launched its UK-facing online gambling platform with the release of Gamzio’s Casino Island Adventure title. The California-based, Alderney-licensed Cashbet offers a means for game developers to ‘betify’ their products via Cashbet’s real-money eGambling turnkey platform. Cashbet has also inked a deal to offer real-money mobile versions of UK-based Reflex Gaming Limited’s land-based fruit machine titles (free-play versions of which recently made their debut in the App Store).

Mobile game developers Furywing, the startup seeking to integrate slot machines with traditional video game play, have also tapped Cashbet to enable their upcoming real-money launch in the UK market. Cashbet is now turning its sights on the New Jersey online gambling market, claiming to be in discussions with “several Atlantic City casinos for online expansion.” Cashbet’s platform is available for HTML5, iOS and Android devices.

PADDY POWER SOCIAL INVITES USERS TO MOCK OTHER PEOPLE’S WAGERS
Irish betting operators Paddy Power have revamped their real-money sports betting Facebook app. The first of its kind product, formerly known as Paddy Power In-Play, beta-launched last year but was taken offline after the company decided further tinkering was necessary. The revamped product, expected to launch any day now, will operate under the name Paddy Power Social and will allow users to comment on and (typically) “laugh at” other users’ wagers, while also providing a leaderboard for winning wagers and other social networking-style interactions.

DECK OF DICE HAS ‘CHOCOLATE MEETS PEANUT BUTTER’ MOMENT
Betable CEO Chris Griffin has long criticized the online gambling industry for offering endlessly recycled versions of the same century-old games. Startup developers Deck of Dice may be thinking along the same lines with their eponymous product, which involves nine six-sided dice featuring all 54 cards in a standard playing deck (see image). Tom Donelan, CEO of the Cleveland-based company, told VentureBeat his idea might be “the most overdue game invention of all time.”

Deck of Dice is the brainchild of 57-year-old grandmother Carmelyn Calvert, who had what COO Bob Lindsay called “a chocolate meets peanut butter idea.” Calvert painstakingly figured out which cards needed to go on which dice in order to allow all 40 types of possible straight hands – from basic straight to royal flush – in a traditional game of poker. Calvert signed the rights over to the company, which patented the system. (Confusingly, there’s an out-of-print game called ‘The Deck of Dice’ which features 36 playing cards representing all possible combinations of a roll of traditional dice.)

Since its 2011 launch, the company has sold thousands of its physical dice through retail outlets like Wal-Mart and Target. Now it’s looking for investors to help it take the game online. They’ve worked out a Yahtzee-style iOS prototype game and hope to have a finished product ready for launch this summer. Donelan says the company has an expansion strategy mapped out, starting with mobile, followed by social and promotional games. “Then we can do online gambling, online lottery, video lottery, slots and casino tables.”