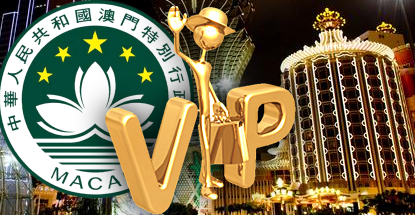 Macau’s top executive has confirmed that the management of casino VIP gambling rooms will be among the topics being discussed when the licenses of Macau’s six casino concessionaires come up for renewal. The first of the licenses issued to Macau’s three concessionaires and their three sub-concessionaires is set to expire in 2020 and the government has said it intends to commence talks on the renewal of these licenses starting next year.

This week, Chief Executive Fernando Chui Sai On said the renewal talks would revolve around six major topics: the scale of gaming development, the management of VIP rooms, the ratio of gaming to non-gaming elements, upward mobility of gaming employees, the prevention of problem gambling and the social responsibilities of operators. Chui declined to specify whether changes were afoot for the junket operators serving those VIP rooms.

In what is becoming a seasonal event, the junket business is coming under increased scrutiny after it was confirmed that the wife of the boss of top VIP gaming promoter Neptune Group had been charged with money laundering in Hong Kong. Next magazine reported that Chinese authorities were pressing more than 20 junket operators to provide information on their dealings with government officials in a bid to stamp out corruption.

Some operators, like Melco Crown Entertainment (MCE), have been decreasing their reliance on junket operators in recent years. MCE has seen junket business decline from 61% of revenue in 2011 to 49.8% last year. At the same time, the commissions MCE has paid to junkets rose 30% between 2012 and 2013.

Macau’s VIP market is facing a deceleration after official Chinese statistics showed a 19% year-on-year fall in the issuance of new credit in March. Analysts have suggested the credit crunch has yet to hit bottom, which will put further constraints on the ability of VIP gamblers to live up to their past spending habits. While Macau’s VIP market grew 12.5% in Q1 and accounted for nearly two-thirds of gaming revenue, the mass market grew 42% and – more importantly – accounted for 70% of casino operator’s profits.