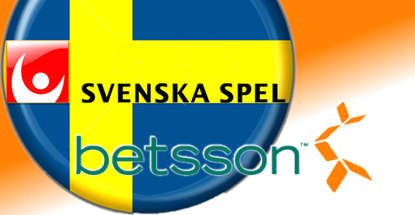 Swedish online gambling operator Betsson AB boosted revenue 7% in Q1 as sportsbook and casino growth offset continued declines in the poker vertical. Revenue in the first three months of 2014 hit SEK 686m (US $104m) despite an unfavorable currency exchange impact of SEK 37.9m, while profit rose 4% to SEK 157.7m. The Malta-licensed company derived 79% of its revenue from Nordic countries, down from 81% in Q1 2013.

Revenue from Betsson’s B2C operations rose 16% to SEK 433.7m, reflecting the shift of its Automaten brand from the B2B to the B2C column as well as the the company’s recent acquisition of Dutch-facing Oranje and Kroon brands. Those latter brands only began contributing to Betsson’s bottom line as of March 4 and the full effect on revenue won’t be evident until Q2. B2B revenue fell 12% to SEK 145.1m but would have grown 8% without the Aumotaten bookkeeping shift.

Mobile gambling revenue hit SEK 101.2m, up 25% year-on-year and representing 15% of total revenue, up from 12% last year. Betsson.com’s mobile revenue grew 45% from Q4 2013 and a whopping 885% year-on-year. The company is currently developing a new mobile product for the Oranje brand.

Betsson’s active customer ranks fell 24% in Q1 but the company says the number of customers who made a deposit during the quarter “showed a more positive development.” Betsson says it’s placing more emphasis on “value-adding players rather than on free spins promotions.”

SWEDISH MONOPOLY DECISION COMING THIS FALL
Meanwhile, the issue of whether online gambling operators like Betsson will ever be legally recognized by the Swedish government may become clearer in November. The country’s continued blessing of state-run operator Svenska Spel’s online gambling monopoly has come under fire from the European Commission, forcing the government to ponder allowing a competitive online market, similar to how neighboring Denmark allowed companies to compete with former monopoly Danske Spil.

Swedes go to the polls in September, so any change won’t likely come until after the election. However, Ministry of Finance Carin Kappe told eGaming Review that the state was also considering a strengthening of Svenska Spel’s existing monopoly. That option would likely have to be accompanied by a reduction in Svenska Spel’s marketing activities, which have ramped up dramatically in recent years and which critics claim conflicts with the stated aims of a monopoly, i.e. to limit the amount of gambling its citizens engage in.

Svenska Spel’s conflicting goals likely played a role in the announcement earlier this month that it was funding a study to gauge the extent of problem gambling. The five-year, €280k professorship will be conducted by Lund University’s Faculty of Medicine and may be extended, particularly if Sweden preserves Svenska Spel’s monopoly.