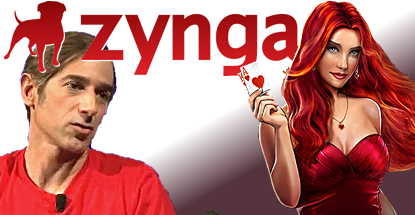 Social game developers Zynga lost their founder on Wednesday as Mark Pincus (pictured) announced he was stepping down from all operational roles at the company. Pincus stepped down as Zynga’s CEO 10 months ago when Don Mattrick was brought in to bail out the sinking ship. Pincus had been serving as chief product officer but will now assume the role of non-executive chairman.

In a note to Zynga staff, Pincus said he’d made the decision after realizing that “a ship is better with one captain putting a hand on the wheel.” Looking back at his time at Zynga’s helm, Pincus gave himself “high marks being an entrepreneur and entrepreneuring a big idea about how popular social gaming could be. But I learned a lot of hard lessons on the CEO front … and do not give myself very high marks as a CEO of a large-scale company.”

Pincus oversaw the company from its startup days to taking it public in December 2011, then watched as Zynga shares lost 80% of their value within six months. From a $4.58 start on Wednesday, Zynga shares fell 16¢ and lost a further 7¢ on Thursday to close at $4.35, still less than half its $10 IPO price.

ZYNGA’S Q1 ALL A QUESTION OF PERSPECTIVE
Zynga released its Q1 report card on Wednesday, showing revenue of $168m, down 36% year-on-year. Online game revenue fell 42% to $132m while advertising and other revenue rose 5% to $36m. Zynga recorded a $61m loss for the quarter, which included $30m in restructuring charges. Zynga is projecting a loss of around $70m in Q2.

Bookings, representing users’ real-money in-game purchases, came to $161m, down nearly 30% year-on-year. However, it was up 10% sequentially, suggesting Mattrick’s efforts to pump out the water from the USS Zynga’s lower decks may be having some effect. Most of Zynga’s Q1 numbers follow a similar pattern: down precipitously year-on-year, up slightly on a sequential basis.

Zynga Poker accounted for 24% of overall game revenue, up from 21% in Q4. Zynga Poker bookings rose on a sequential basis, the first such increase in seven quarters. Mobile users grew 19%, the game’s strongest mobile growth in two years and much better than Zynga’s overall mobile gains, which saw mobile MAUs up 11% and DAUs up 10%.