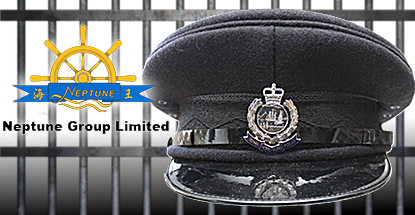 A Hong Kong media outlet has confirmed that the wife of the boss of Macau’s top junket operator was arrested last month. Rumors had spread in mid-March that Ng Chor Har aka ‘Mandy’, the wife of Neptune Group owner Cheong Chi-tai, had been detained by Hong Kong police. Next Magazine has now confirmed that Ng was detained and released on bail. Authorities reportedly have frozen or seized liquid assets worth HKD 200m (US $25.8m), which Ng claimed were provided by her husband to pay the bills. The cops weren’t buying it and charged Ng with money laundering.

More worrisome is Next’s claim that Chinese authorities had compiled a list of over 20 junket operators allegedly moving money on behalf of corrupt government officials. The authorities were believed to be sharing their info with officials in Hong Kong and Macau in a bid to compel the junkets to provide more information regarding their financial dealings so that China could identify more corrupt officials.

Authorities could move to freeze more assets in Hong Kong, where many junket operators are based, then make the junket bosses prove the funds were derived from legit activity. This would require the junkets to open up their books, which would provide the authorities with the names and numbers they’re after. The Macau Daily Times reported that a further 40 Neptune-connected figures had been detained or questioned since Ng’s arrest.

Similar claims of ferreting out political corruption by cracking down on junkets were made last year about this time, as incoming Chinese Communist Party president Xi Jinping sought to remind everyone there was a new sheriff in town. Around the same time, Chinese media linked Neptune’s activities to disgraced former Party star Bo Xilai and other high-ranking officials.

In its most recent financial filing, Neptune posted a profit of HKD 353.8m ($45.6m) for the six months ending Dec. 31, a 15% improvement over the same period a year earlier. Neptune has profit sharing deals with five Macau junket firms controlling 61 VIP gaming tables at four casinos. Neptune’s operations have traditionally been focused on peninsula casinos but Neptune inked a deal with a VIP operator in Galaxy Macau in September and Neptune plans to focus more attention on Cotai casinos in future.