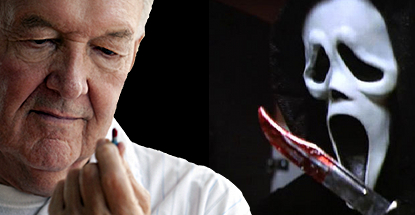 Researchers at Cambridge University claim they’ve identified patterns of brain activity that may explain why some gamblers lack the ability to say ‘when’. The researchers studied a portion of the brain known as the insula, which they believe plays a critical role in allowing gamblers to understand that the odds are stacked against them.

Studying a small group of US patients with different types of brain injuries along with a number of control subjects, the researchers found that patients with damaged insulae were more likely to become immune to (a) the idea that a slot machine ‘near-miss’ indicated that a win was close at hand, or (b) the so-called ‘gambler’s fallacy,’ the belief that because a coin flip lands on ‘heads’ several times in a row means a ‘tails’ result is due, despite each flip having a 50/50 shot at landing either way.

Dr. Luke Clark said the University’s findings suggest that problem gamblers experience hyperactivity in their insula region, “making them more susceptible to these errors of thinking.” The gathering body of evidence that problem gambling is the result of a neurological abnormality offers hope that one day a pharmacological solution may alleviate the damage these individuals inflict upon themselves. Clark said the next stage of the research would involve studying the brains of problem gamblers to determine if scanners showed differences in activity within the insula region.

A volume of research already exists to support the theory that gambling is just one of many activities problem gamblers find difficult to control. Studies have determined that the vast majority of gambling addicts have issues with addiction, period, whether it involves gambling, alcohol, drugs, sex… you name it. But could these same addiction issues also explain the behavior of serial killers?

The Diagnostic and Statistical Manual of Mental Disorders (DSM) recognizes only one behavioral addiction, and that’s gambling. But criminologist Craig Taube recently gave a talk at a clinic in South Africa during which he suggested there were a number of overlapping factors linking a serial killer’s need for fresh victims with classic addictive criteria. The Star quoted Taube defining addiction as the continual repetition of a behavior despite the adverse conditions this behavior creates.

Dr. Jackie de West, a criminologist at the University of KwaZulu-Natal, echoed Taube’s theory by noting the case of American serial killer Israel Keyes, who was linked to 11 murders and said he killed for the rush it gave him. “He felt the addiction of taking another person’s life, an addiction to the feeling he got when he was doing it.”

While we wait for Big Pharma to come up with an anti-serial killer pill, a Christian group believes it has an easier answer. The weekend of April 26-27 will see the 24th annual Just Pray No! weekend of prayer and fasting, a global initiative intended to cure the planet of its addiction to gambling, drugs, pornography and other recreational activities. Given the fact that they’ve been at this for 24 years without any tangible results, we’re betting Pfizer beats them to the finish line.