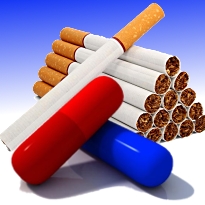 A year and a week ago, we reported that Australian Greens party Senator Richard Di Natale, a doctor with experience in addiction research, was interested in the idea of treating problem gamblers with Naltrexone, a drug used to treat heroin addicts and alcoholics. The Age now reports that the University of Melbourne’s Problem Gambling Research and Treatment Center intends to begin such a test, and is on the hunt for nine problem/pathological gamblers, preferably those who ‘enjoy’ playing Australia’s ubiquitous video poker (pokie) machines, to offer themselves up for a 12-week trial. Hopefully, these human lab rats won’t suffer any of Naltrexone’s possible side effects, including abdominal cramping, diarrhea and – in rare cases – liver failure.

In the same article last year, we noted the side effects attributed to Sifrol and Cabaser; drugs intended to combat the effects of Parkinson’s disease. Some users of these drugs reported developing uncontrollable urges to gamble and also began inserting their penises into pretty much anything except a light socket. In November, UK pharma giant GlaxoSmithKline lost an appeal of a French court ruling that awarded a Parkinson’s sufferer €117k because the drug Requip turned him into a “hypersexual, gay cross-dresser” who “started seeking out sex with men and exhibiting myself on the internet.” Before he wised up and stopped taking the drug, former banker Didier Jambart also gambled away €82k, attempted suicide multiple times and “had an urge to kill someone.” The French court hearing the appeal was sufficiently moved to up his compensation by a further €80k.

So one pill (hopefully) lessens the effects of problem gambling, while another puts gambling on steroids. (Anyone else thinking of that ‘red pill, blue pill’ scene in The Matrix?) Meanwhile, a recent study at the University of Copenhagen sought to determine whether nicotine dependence had a negative effect on problem gambling therapies, and the answer to that question was ‘no’. But the study also determined that the smokers in the sample group had “more severe and frequent gambling behaviors and higher levels of psychological problems” than the non-smokers. A similar study at the University of Minnesota in 2005 determined that daily tobacco use among pathological gamblers was “common and associated with more severe urges to gamble.”

A 2005 study at the University of Connecticut determined that 60.4% of pathological gamblers had nicotine dependence, 73.2% had an alcohol use disorder and 38.1% had a drug use disorder. A 2006 study at the Tel Aviv University found a “higher prevalence of alcohol, substance abuse, depression and anxiety disorders in pathological gamblers” than in the study’s control group. All these studies reinforce the growing body of evidence that suggests problem gamblers’ main problem isn’t gambling but rather their addictive personalities and an overall lack of impulse control. For the vast majority of us, gambling is a form of entertainment that poses no problem whatsoever and, as Dr. Patrick Basham has noted, is actually good for you. So gamble with a clear consicence, but best keep the hypersexual internet exhibitionism to a minimum, okay?