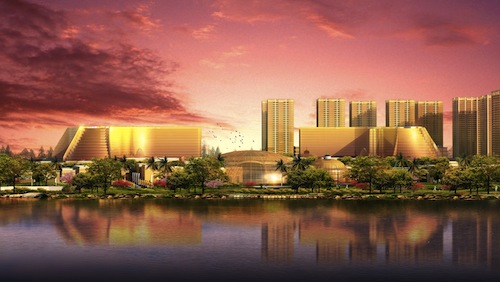 In the middle of all the chaos surrounding his casino project in the Philippines, Kazuo Okada’s Tiger Resorts Leisure and Entertainment assured everyone that Manila Bay Resorts is on schedule to open by the third quarter of next year.

The vote of confidence on the casino complex’s timeline comes at a time when Tiger Resorts finds itself in a new controversy surrounding its decision to terminate its agreement with Century Properties Group Inc. The company also defended its position to cut the deal, citing factors outside of its control for its decision.

According to Tiger Resorts, one of its partners in the deal, First Paramount, backed out of the proposed agreement that would have given it and Century Properties stakes in Eagle 1, forcing Tiger Resorts, the company that owns Eagle 1, to change its strategy moving forward.

“In connection with the issue on the allegations of Century Properties Group, we regret that the development turned out the way it did,” Tiger Resorts said in a statement.
“As we have mentioned previously, the investment agreement with CPG was executed by 3 parties. Unfortunately, one of the 3 withdrew from the agreement. Hence, we have no recourse but to stop the negotiations with CPG.”

Seems like a fair argument, except that CPG isn’t buying it, and has threatened to pursue legal action against Okada’s company with the understanding that the notice of termination it received was not only premature, but is also unfounded on the grounds that it lacks legal and contractual basis.

All that being said, it’s another headache Okada’s group has to deal with just to get its proposed $2 billion resort and casino up and running. But give these guys credit for pushing ahead with the project despite the road becoming rockier and rockier. If anything, the Tiger Resorts hopes that all these issues will be settled by the time Manila Bay Resorts opens in a little over a year. That’s ample time to get things in order, but it’s still time that’s best left unwasted.