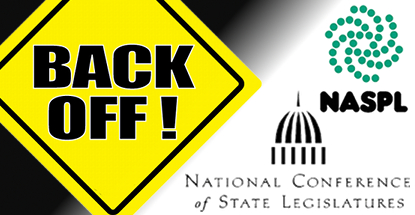 The ranks of those opposed to Sheldon Adelson’s efforts to stomp out online gambling at the US federal level grows larger by the day. On March 31, the North American Association of State & Provincial Lotteries (NASPL) penned a letter to Sen. Lindsey Graham (R-SC), who has sponsored legislation to ‘restore the Wire Act’ to its former prohibitive glory before the US Department of Justice issued their late-2011 opinion that the Wire Act applied only to sports betting.

In the letter, NASPL exec director David B. Gale throws Graham a bone by thanking him for his “willingness to listen and act on most lottery concerns,” but then quickly gets to the point. Gale says the NASPL is firmly convinced “that all gaming should be left up to the individual states to determine the games that are offered, as well as the manner in which they are being delivered to their customers.” Gale reminds Graham that gambling decisions have always been a state’s right, although he loses points for spelling ‘borders” as ‘boarders’. (Grammar Nazis, unite!)

It’s highly ironic that the two anti-online gambling bills currently winding their way through Congress were sponsored by Republicans, those supposed champions of states’ rights (except when GOP sugar daddy Adelson objects). This was not lost in a letter released Thursday by the National Conference of State Legislatures (NCSL), whose leaders warned Congressional leaders that they should “respect the sovereignty of states,” who have “proven that they are effective regulators of the gambling industry.”

The NCSL has long opposed federal efforts to impose gambling decisions on states, having written a similar letter two years ago warning Congress to back off plans to regulate online poker at the federal level. Thursday’s letter, authored by Oregon state Sen. Bruce Starr and Nevada state Sen. Debbie Smith (current NCSL president and president-elect, respectively), points out that Utah and Maine have each enacted legislation to prohibit online gambling within their borders, moves that the NCSL views as “the way it should work, each state making the decision that is best suited to the desires of its residents and not through a congressional mandate.”

The NCSL execs accuse Graham and the author of the House anti-online bill, Rep. Jason Chaffetz (R-Utah), of failing “to make a case that [states] have been negligent in our responsibilities to the industry and consumers.” The dynamic duo go on to describe the anti-online gambling proposal “merely a solution seeking a problem.” More like cynical politicians seeking a handout from a crotchety old billionaire with more hair dye than reason.