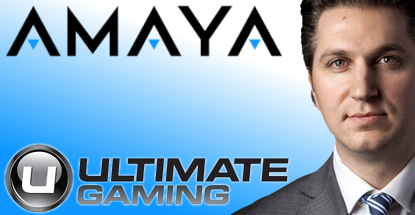 Canadian gambling technology outfit Amaya Gaming Group saw revenue double in 2013, but lingering costs from its recent acquisition spree resulted in a quadrupling of its annual losses. Revenue in the 12 months ending Dec. 31, 2013 rose to CDN $154.5m (US $140m) thanks to full year contributions from subsidiaries such as gaming device maker Cadillac Jack, software developers Crytpologic and the Ongame online poker platform, all of which Amaya acquired in 2012.

However, the added costs of running those subsidiaries resulted in Amaya’s annual expenses doubling to $176m. Also contributing to the red ink were investments necessary to prepare Amaya’s entry into the US regulated online gambling market. Amaya currently supplies online gaming content to four of New Jersey’s licensed online gambling operators. Amaya’s net loss for 2013 came to $29.17m, more than four times the $7.1m the company lost in 2012.

Much of the red ink came via income taxes, which rose from $800k in 2012 to $10.2m in 2013. Deprecation of property and equipment nearly quadrupled to $12.7m and Amaya wrote off $21m of deferred development costs and intangible assets. As such, the adjusted earnings and income figures paint a far rosier picture. Adjusted earnings tripled to $57.8m and adjusted net income rose 45% to $15.2m.

Amaya CEO David Baazov (pictured) said he was “pleased” with his company’s report card, despite revenue coming in slightly under previously issued guidance, for which he credited/blamed the sale of its WagerLogic operation in October. Baazov predicted great things to come in 2014, including from its recently acquired lottery operation Diamond Game. On Feb. 19, Amaya announced that Diamond Game had been awarded a five-year contract with the Maryland Lottery to provide Instant ticket lottery machines to the state’s Veterans’ Organizations. Amaya believes the deal to be worth $57m, with a further $60m expected should the deal’s option be renewed.