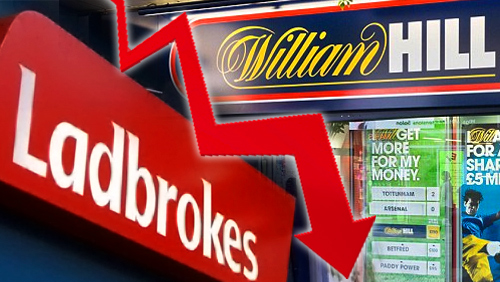 The 2014 UK Budget has hit bookmakers hard by raising the duty of income earned from Fixed Odds Betting Terminals from 20% to 25%, at a time when they are still reeling from the introduction of a 15% Point of Consumption (POC) tax.

So how has the 2014 UK Budget affected the bookmaking industry?

Not too good actually.

The famous budget briefcase has been held aloft like a red rag to the bulls of the gambling industry and they are all scratching their heels and snorting steam with nowhere left to charge.

The decision to raise duty on Fixed Odds Betting Terminals (FOBTs) from 20% to 25% is going to hit bookmakers hard.

Finance Minister George Osbourne made the decision in the wake of a national outcry that the dreaded machines are the scourge of the gambling industry turning ordinary humans beings into acid-eyed gambling addicts.

The gambling industry continues to do everything that it can to help ease the burden on the players who like a flutter on the FOBTs, but still insist that there is no real evidence to prove that the FOBTs are as maniacal as the saints would have us believe.

The decision will hit Ladbrokes harder than most after their recent Q4 results revealed dwindling profits for the UK outfit as well as an over reliance on the UK Retail sphere on that income with 72.1% of the groups revenue coming through the FOBT and retail route.

A spokesperson for William Hill reacted to the news by explaining that had the new tax law been implemented in the last financial year then the company would have to part with £16m in additional duty, and expect this figure to rise to £20m when the current financial year ends.

It’s believed that the new tax levy will create £300m of additional taxation and comes at a time when bookmakers wanting to do business with British punters have to come to terms with the new Point of Consumption (POC) Tax of 15%, as the new UK Gambling Act made it through to Royal Assent on Wednesday of this week.

On a much brighter note, Rank Group declared plans to open three new Bingo halls after Osbourne halved the bingo duty to 10% in a bid to start getting people out of their houses and back into the halls whence they once flourished.

“By bringing bingo duty into line with other forms of gaming entertainment, the government has created a basis for renewed investment and innovation,” said Ian Burke, chief executive of Rank, which has 97 bingo halls in Britain.