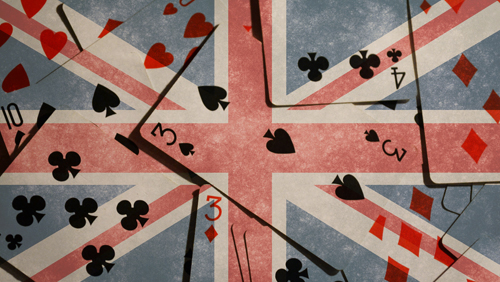 The new UK Gambling (Licensing and Advertising) Bill has passed through the House of Lords with a last minute change involving the horse racing industry and now moves to the final stage of Royal Assent.

How long does it take a piece of gambling legislation to move from idea to an actual law?

The Gambling Act 2005 will soon be a thing of the past as the sparkling new UK Gambling (Licensing and Advertising) Bill has finally waded through the treacle of the House of Lords process and now moves to the House of Commons for Royal Assent.

The third reading of the bill took place on 18th March 2014 where a last minute change was passed without vote, thanks to the summation of the Culture, Media and Sports Spokesman Lord Gardiner of Kimble.

Lord Gardiner introduced an amendment that allowed ministers to impose a levy on remote operators offering betting on horse racing. The amendment allows the Horseracing Betting Levy Board (HBLB) to collect statutory levy, given the well thought out name of the Horserace Betting Levy, from bookies and the Tote successor company, which it will then farm out to ‘the improvement of horse racing and breeds of horses and for the advancement of veterinary science and education.”

Not everybody liked the amendment.

Labour’s Lord Lipsey said it was an example of the type of subsidy that ‘distorts markets and interferes with the generally beneficial results of fair competition,’ but despite his consternations the government secured peers agreements to its inclusion without a vote.

Should the passage through Royal Assent go without a hitch, and there is no reason why it would not, then gambling operators wanting to do business on good Old Blighty will have to be in possession of a UK Gambling Commission License, and to pay the 15% Point of Consumption (POC) tax when the bill comes into law sometime at the end of the year.